Hello, and welcome to the first entry in this year’s analysis for the Academy Awards. Between now and the ceremony on March 4, I’ll be taking a look at the nominees in each category for the Oscars, complete with my personal rankings and vote – y’know, if I actually had one. Once we’ve run down all 24 categories, I’ll recap and provide an actual prediction for who will take home the statues come Oscar Night.

To start, let’s take a look at Makeup & Hairstyling. This is something of a unique category, as it’s the only one that still only nominates three films each year. Most others limit at five (though Animated Feature and Original Song have done fewer in some previous years), and Best Picture has nine this year (limit of 10), but Makeup sticks to three, although it has done only two before, and in 1999 there were four nominees. This is also one of the newer categories, begun in 1981 after complaints that there would be no recognition for the astounding makeup work in 1980’s The Elephant Man. Previously makeup was only recognized with special Oscars. Today a shortlist of seven is determined, and then a “bake-off,” with clips of the films, is used to determine the nominees.

There was a lot of strong makeup work this year, including the prosthetic job done to Joel Edgerton in the otherwise terrible Bright, as well as The Lost City of Z, which made Robert Pattinson utterly unrecognizable as an Indiana Jones-type explorer. In the end, though, here are our three nominees:

Kazuhiro Tsuji, David Malinowski, and Lucy Sibbick – Darkest Hour
Gary Oldman personally talked Kazuhiro Tsuji out of retirement to turn him into Winston Churchill, and he did masterful work. He’s been nominated twice before (Norbit and Click) and was part of the team for The Curious Case of Benjamin Button, which earned an Oscar for lead artist Greg Cannom. While the film is nominated in other categories, it’s really the makeup work combined with Oldman’s performance that make Darkest Hour work. The two came together perfectly to create a living, breathing avatar of Churchill, lending credibility to every other element of the film. Seriously, look at any picture of Gary Oldman right now, and look at how he is as Churchill. Hell, just look at any random photo from the Dark Knight trilogy or the Harry Potter films, and remember that this guy, THIS GUY, became Winston Churchill. It’s all down to Kazuhiro Tsuji and his team. Absolutely astounding.

Daniel Phillips and Lou Sheppard – Victoria & Abdul
Oddly enough, while the primary focus is on the title characters (Judi Dench and Ali Faizal, respectively), for me the most impressive bit of makeup was with one of the supporting roles. Phillips and Sheppard did a very good job on Dame Judi, who has played Queen Victoria before, to make her look ragged and run down as she approached the final years of her life, though they also had to make her look somewhat younger in parts, as Dench herself is older now than Victoria was when she died. Still, the most impressive job was on Eddie Izzard, the cross-dressing comedian who looks absolutely fabulous all the time, but here had to be the portly, stubborn Bertie, Victoria’s son, and eventually King Edward VII. Izzard is relatively thin, and is either clean shaven or has a little bit of facial hair. Here, as Bertie, he is fat, has a full beard and mustache, and surgically parted hair. It was his voice alone that let me know it was Izzard. 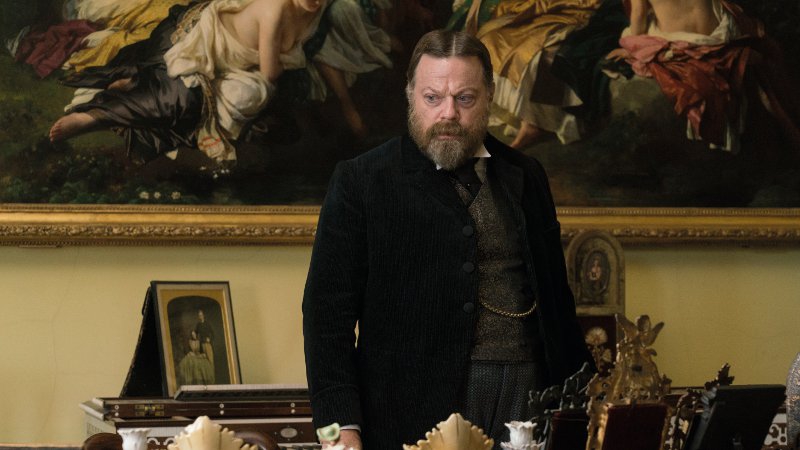 Arjen Tuiten – Wonder
The cynic in me half believes that this film – which is perfectly pleasant and non-offensive, but isn’t big on substance – was only nominated so that the adorable Jacob Tremblay can have another moment of utter precociousness on the Oscars stage. But really, that’s selling Arjen Tuiten’s work very short. The prosthetic job he did on young Tremblay was nothing short of amazing. The film focuses on a boy named Auggie, who has Treacher Collins Syndrome, characterized by severe facial deformities. By the time we meet the character, who is set to begin fifth grade, he’s already had multiple reconstructive surgeries, and still he is mocked for his appearance. In one of the best exchanges of the movie, one of his friends asks him why he doesn’t opt for plastic surgery, to which Auggie replies that he’s been through it multiple times. “It takes a lot of work to look this good,” he preens. Couldn’t have said it better myself. Auggie’s face, and the makeup job it took to create, carries the shock of Rocky Dennis’ face in Mask, while still allowing Tremblay to convey complex emotions. Kudos.

All three of these nominees would be deserving winners, but I have to go with history, literally and figuratively. Kazuhiro Tsuji is the only previous nominee in the bunch, and having come out of retirement to do this job, the man is long overdue for some love from the Academy. And again, this isn’t some run-of-the-mill makeup job. He transformed Gary Oldman into Winston Churchill, no small feat in any year. Knowing what Oldman really looks like, what was done here is nothing short of groundbreaking.

Next up: We’ll tackle on of the biggest categories of Oscar Night, and usually one the actual ceremony gets out of the way pretty quickly, Best Supporting Actor.

Join the conversation! Leave your thoughts in the comments below. Also, please note: I got the photos off a Google image search. I do not own them, nor am I making any money off of of them or this blog in general, so please don’t sue me.