The Supporting Actor category is always one of the more fun ones. It’s one of the few “major” Oscars that really takes all comers. At times I’ve honestly wondered if they should change the name to Best Character Actor, because it truly allows for great performances and character development, because the supporting roles are by definition on the periphery.

That makes for a great range in performances and a variety of character types. In the last decade alone we’ve had a posthumous award for a leading man playing a sociopathic clown, a drug dealer who teaches a young gay man about the realities of life and love, an abusive music teacher, a communist spy, and two diametrically opposed performances from Christoph Waltz all be recognized by the Academy.

If there’s a flaw to be had it’s that more often than not, the result is something of a foregone conclusion (which is why in recent years it’s been the first award handed out on Oscar Night; get the obvious ones out of the way early). Two years ago there was a lot of intrigue to be had in a stacked field where Mark Rylance’s brilliant performance in Bridge of Spies won out over exceptional work from Christian Bale, Mark Ruffalo, Tom Hardy, and Sylvester Stallone. But apart from that, you have to go back to 2007, when Alan Arkin pulled the upset over Eddie Murphy. Even this year, the result is pretty much in the bag, but we’re not here to predict anything just yet. We’ll save that for the final pre-ceremony post come March.

Here are the nominees for this year’s prize:

Willem Dafoe – The Florida Project
This was a difficult movie for me to watch. There are some critics who absolutely loved it. In fact, the A.V. Club literally named it the best film of 2017. I recognized a lot of the technical and artistic merits that have been praised, but to be perfectly honest, I fucking HATED this movie. I hated the white trash parents (and the fact that the “actors” were really Instagram models), I hated the hellion kids who spent the first half of the film causing mayhem and screaming like Dakota Fanning in War of the Worlds, and I hated the vignettes-without-an-actual-story plot presentation.

That said, Willem Dafoe was utterly brilliant. His performance as Bobby Hicks, the de facto father figure for all the bottom rung residents at his knockoff roadside motel was the only thing I enjoyed about the film. He’s at once meticulous, caring, stern, and an anchoring dose of reality for everyone around him. He’s hard on his residents, but always in their corner when they need him. There’s a particular scene where an old pedophile is talking to the children before Bobby intervenes. The range displayed here as he gently ushers the man away, taking extreme care to make sure the kids don’t realize just how in danger they are, to placating the man’s lies about wanting a soda, to the simmering righteous rage he displays when he finally ejects him from the property was something truly wonderful to behold. This may have been Dafoe’s finest performance ever. I just wish it was in a better movie.

Woody Harrelson – Three Billboards Outside Ebbing, Missouri
I’ve been a fan of Woody Harrelson for pretty much my entire life. Ever since I was old enough to watch him on Cheers I’ve loved his work. He doesn’t always pick the best projects, and sometimes he lets his natural drawl go a bit too much to the point where it becomes self-parody, but he’s been one of the most consistently credible actors of his generation. Everything from Natural Born Killers to No Country for Old Men to Zombieland, he always brings something unique to the table.

In Three Billboards, he’s immediately put on the defensive after Frances McDormand’s irascible Mildred Hayes rents out the titular signposts to accuse him of lackadaisical priorities in solving her daughter’s murder. We as an audience are meant to think this is a spunky David versus an incompetent Goliath, but instead Harrelson turns Sheriff Willoughby into a thoughtful foil, a good man going through a string of bad luck and dead ends trying to do best by everybody, whether it’s Mildred or his racist subordinate Jason Dixon. He’s a resourceful man of good humor taking his last steps on life’s journey, and a respectful antagonist in the war of public opinion. Part of this wonderful nuance is due to Martin McDonagh’s script and direction, but Harrelson really makes the material work, taking it to a surprising and shockingly touching level.

Richard Jenkins – The Shape of Water
Of all the nominees in this year’s field, I think Richard Jenkins had the most low-key part, which says a lot considering he’s a gay advertising artist in a film with a sea creature romance. Living next door to the mute Eliza, he is her only friend outside of work, and her educator of the film arts. At times he almost seems like an avatar for director Guillermo del Toro, whose heavily referential film is like La La Land for classic monster movies.

What elevates Jenkins into the running here is that his character also shines a light on the dark side of the classic Hollywood era, a sort of backhanded compliment in del Toro’s cinematic love letter. While never explicitly stated, Jenkins’ character, Giles, was let go from the ad agency where he did commercial art because he was gay. And he’s not just out of a job. He’s essentially blacklisted. He can’t get work at his old agency, and he can’t sell his wares anywhere else. There’s also a heartbreaking subplot about his crush on a young waiter at a diner. He eats pie there every day, even though he can’t stand it. He just wants to get close to the young man, to make a romantic connection. Not only are his feelings unrequited, he’s devastated to learn that his love interest is just as bigoted as anyone else in the mid-20th century, a harsh lesson that a pretty face can hide the ugliest personality. Jenkins’ portrayal of Giles is at times comic relief (especially when one of his cats gets ALF-ed), but he’s a poetic soul, and arguably the most tragic figure of the whole film. 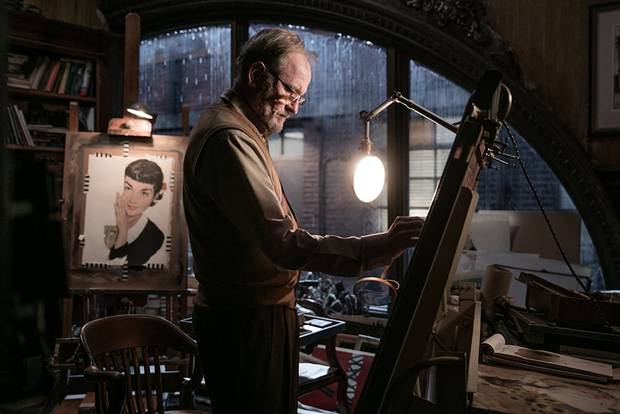 Christopher Plummer – All the Money in the World
Christopher Plummer holds two Academy records. When he won this category in 2012 for his role in Beginners, he became the oldest actor to receive an Oscar. Now he’s the oldest to be nominated for an acting award. Much was made of his addition to All the Money in the World after sexual assault allegations derailed Kevin Spacey’s career. The film was set to be released with Spacey (in heavy makeup) as J. Paul Getty, the obstinate billionaire who refused to pay a ransom for his kidnapped grandson, but after the allegations against Spacey came to light, director Ridley Scott recast the role with Plummer (his first choice when the project began) and reshot all of his scenes in less than a month. I’m guessing that Plummer’s nomination here is in recognition of the feat of the reshoot itself rather than anything spectacular in the actual performance.

Because honestly, I didn’t really care for it. For most of his early scenes, Plummer was just an interchangeable old man. And when it came to the money, he was just miserly to the point of unintentional comedy. I know that the real J. Paul Getty was that way as well, but that’s not the point. When you’re going to take liberties with a true story (for example, SPOILER ALERT, Getty dies in the film the night Paul is rescued, rather than his actual death three years after the fact), you might as well go full force with it and give us a nuanced performance. By the end, as a delirious and dying Getty wanders his mansion hugging his objets d’art, I half expected the ghost of Jacob Marley to show up. Plummer did an adequate job with what he had to do, but given the reactions of the public and the rise of the #MeToo movement, I would have just kept Spacey in to get the PR (all press is good press) from protests and have a ready-made villain for the audience to despise. I get why the change was made, but nothing Plummer did elevated the role to any degree that made me stand up and cheer, “Give him another Oscar!” I’d have rather Mark Rylance gotten another stab given his excellent performance in Dunkirk. 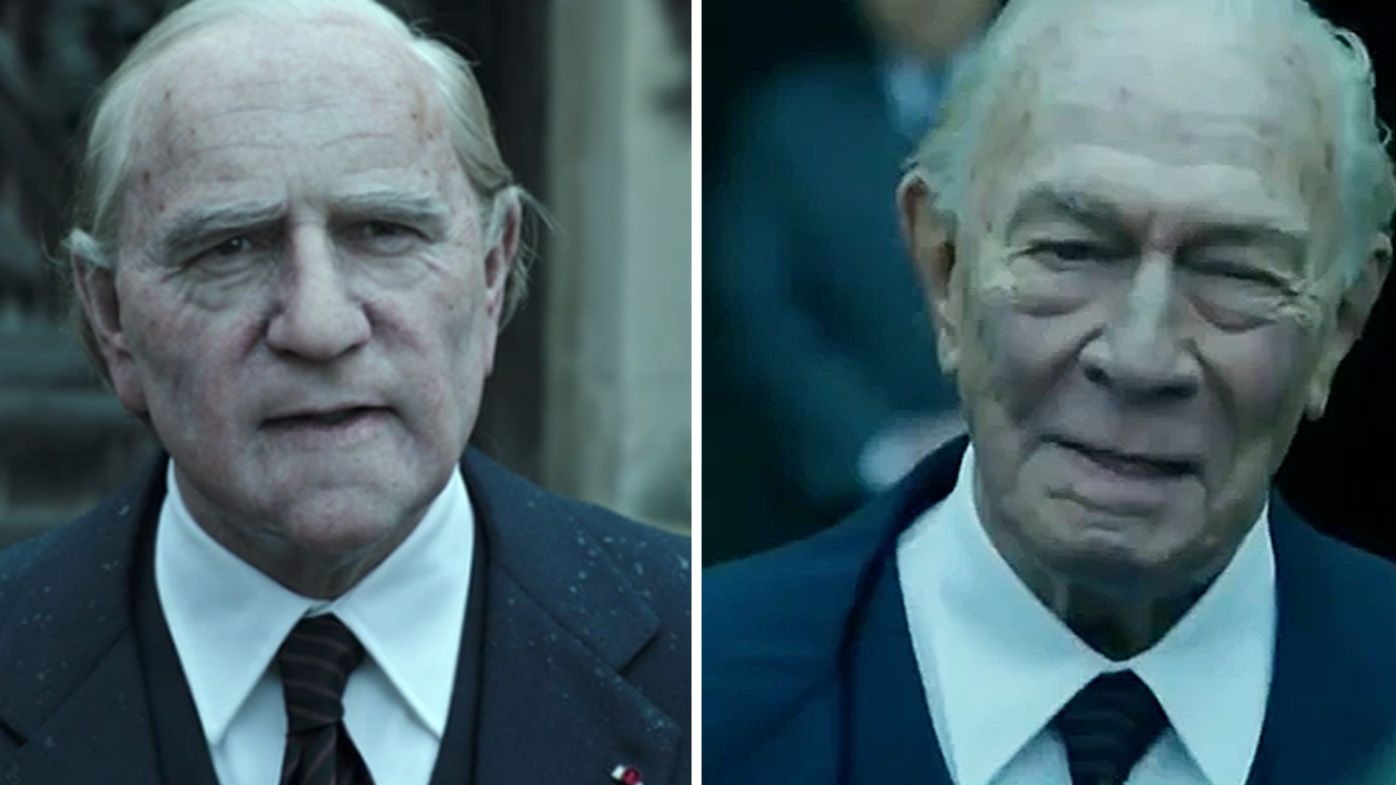 Sam Rockwell – Three Billboards Outside Ebbing, Missouri
Sam Rockwell is one of the finest character actors working right now. You’d almost never recognize him in a lineup, but he commands attention whenever he’s on screen. In Martin McDonagh’s last film, Seven Psychopaths, Rockwell stole every single goddam scene he was in, and that’s saying a lot considering he was playing opposite Colin Farrell and Christopher fucking Walken!

In Three Billboards, as the bigoted Jason Dixon, he is toxic masculinity personified. He’s hateful, reckless, and emotionally stunted. And yet, he’s multidimensional. He has a soul. He has a sense of justice. He looks up to Sheriff Willoughby like he’s his own personal Obi-Wan Kenobi, and he’ll lash out violently at any perceived slight against him. He’s at once a caricature of the incompetent rural cop, and the personification of redemption through karma. The marvelously open-ended conclusion to the film, which sees him team up with Mildred, gives us one of the best scenes of dialogue in the entire year of cinema. He could have been a one-note gag, but instead he turns what seems like a cut and dry villain into a masterwork in comedic shades of grey.

Next up: The Animated Feature category pits one of the greatest artists of all time against a brave girl, death itself, baby Alec Baldwin, and some bullshit.

Join the conversation in the comments section! Do you root for Rockwell, or do you think I’m full of crap on Christopher Plummer? Let me know. Also, please note, all photos are taken from Google image searches, and are not owned by me. I also make no money off of them, so please don’t sue.