Dear readers, I regret to inform you all that the beloved Helen Mirren has become the latest victim of the studio-dump-horror-film-for-a-quick-paycheck abyss, starring in the newly-released Winchester, which, I shit you not, revolves around the ghosts of gunshot victims being “saved” by being shot… again. Strap yourselves in.

The Aussie-American project features Mirren as Sarah Winchester, the widow of the famed riflemaker, who inherited controlling interest in the company after his death. Between his loss and the loss of their infant daughter, Sarah is in a constant state of mourning, always wearing black funeral dresses and veils, and in the film lives near San Jose, where her mansion undergoes constant construction as she adds on one illogical room after another, to the point that the insides of the house lead to multiple dead ends, and the outside of the house looks like a hastily-built model castle from the opening of Game of Thrones. 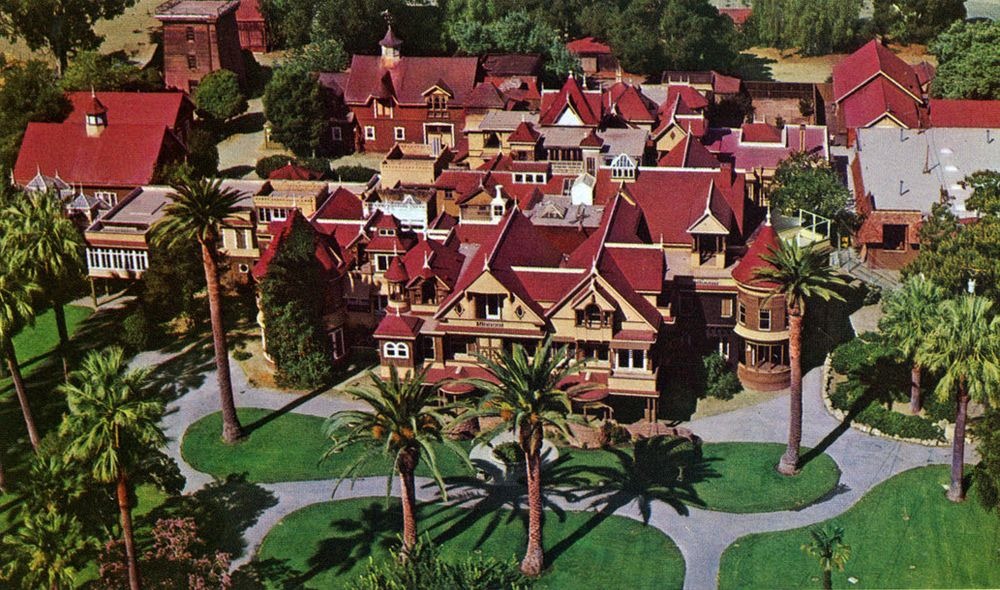 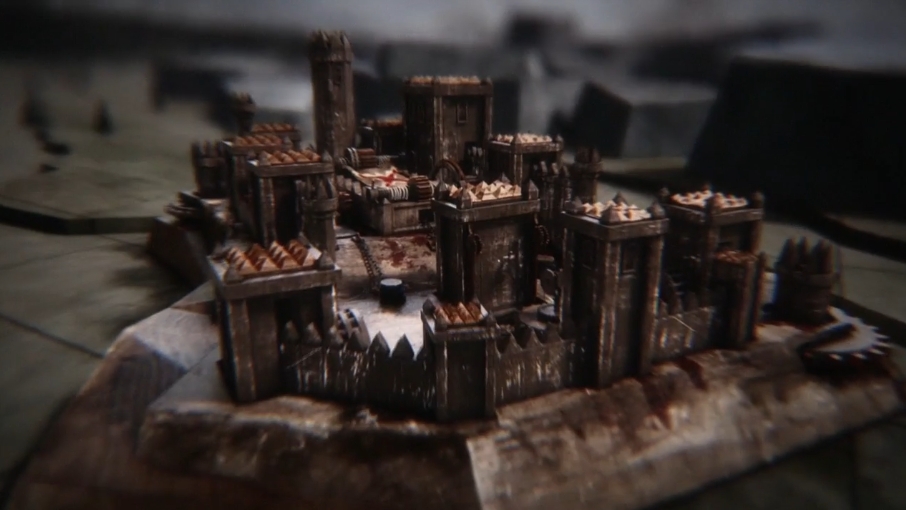 The Winchester Mystery House is a real place, a tourist attraction in California, and it is true that Sarah Winchester had all these nonsensical rooms added on throughout the last few decades of her life. What’s in dispute is why, and sadly, the least logical answer to that question is why this movie exists. See, legend has it (ooooohhhh) that after Mr. Winchester’s death, Sarah’s grief was so great that she saw a spiritualist, who convinced her that she was being haunted by the spirits of those killed by Winchester rifles. As such, she built all these rooms, replicas of the victims’ death rooms, as a way to placate their ghosts.

The movie is “inspired by actual events,” which is a marketing tool that just needs to die. The “actual events” here are the fact that Sarah Winchester and the house exist, and there were stories about ghosts (to the point that the house is advertised as a haunted house for gullible tourists). Also, the film takes place during the 1906 San Francisco earthquake, which left Mrs. Winchester trapped in the house for some time. The answer, according to this film? The earthquake was caused by a particularly angry ghost… who was a former Confederate soldier whose brothers were killed by Winchesters… and who himself was killed by a Winchester… after he took a Winchester and murdered a bunch of people at Winchester headquarters… and whose soul can only be put to rest if he is shot again by a magic ghost Winchester with ghost bullets… cause getting shot twice will put your soul at peace… I guess.

Sorry, this film can only succeed if you spend way less time than I just did thinking about it. The Winchester company sends Dr. Eric Price (Jason Clarke, a.k.a. the big manly man who tortured terrorists into giving up Osama bin Laden in Zero Dark Thirty, so you know he’s familiar with bullshit), a drug-addicted psychiatrist, to the house so that he can certify Sarah insane, so they can steal the company from her. Dr. Price himself has his own demons, as his wife is dead and he has a scar on his chest. Apparently at some point he was shot and medically dead for three minutes before being revived. Don’t ask me how that’s possible at the turn of the 20th century. Obviously the writers and filmmakers (twin Aussie directors Peter and Michael Spierig, whose previous films include Daybreakers, Undead, and last year’s Jigsaw reboot) didn’t bother asking anyone, either.

Anyway, Dr. Price, despite seeing daily hallucinations thanks to his drug habit, refuses to accept the possibility that ghosts exist, even when he sees them in a never-ending string of obvious and telegraphed jump scares (I counted 19 during the film’s 90-minute runtime, an average of one every 4.7 minutes, yeesh). He keeps telling Sarah to let go of her grief, but he can’t let go of his own (oh no!). He also insists that Sarah’s nephew, Henry (Finn Scicluna-O’Prey; say that five times fast), needs medical and psychological treatment after he gets possessed on a nightly basis and we can all see his eyes get glossed over and returned to normal during and after said possession.

The film is all style with no substance, and really, the style is pretty lacking as well. The Mystery House, which again does actually exist, is reconstructed cheaply on a soundstage to be a poorly lit death maze (light can come from anywhere when you don’t establish where the windows are). The makeup job on the various ghouls is barely above student film level. Hell, the grooming of Jason Clarke’s beard changes from shot to shot sometimes!

And I’m still trying to figure out if there was anything resembling a moral or message in all this. Australia has some of the strictest gun control laws in the world, the result of revolutionary action following a mass shooting over 20 years ago, and since then there haven’t been any major gun incidents. So is the film a treatise against gun violence? Well, it might have been, if the victims of gun violence weren’t the bad guys, and if the solution to taking out the big baddie wasn’t just shooting him again! Is this about coping with loss? Who knows? I know if I lost a loved one to gun violence the thought of recasting the fatal bullet to shoot someone else wouldn’t be all that cathartic. The film’s sense of logic falls apart more quickly than the house itself after the (ghost) earthquake. For example, Sarah has a room built filled with rifles for the main ghost, who was killed in the Winchester offices. So naturally, Henry gets possessed and grabs a gun, then fires it multiple times at Sarah without hitting her (at point blank range, no less!). I get the idea of replicating the room, BUT WHY THE FUCK WOULD YOU LOAD THE GUNS, DIPSHIT!?

Really, this whole thing played like a film version of a bad ghost story told around a campfire. There’s no logic, no point, and really, no scares, despite the multitude of nonsensical jumps. You know what actually scared me today? On the way to the theatre, I turned left on a road. There were two left lanes, with the rightmost one completely filled and the left one completely empty. So just before I reached the lane separation, I pulled into the far left lane to make my turn, legally, ahead of the other line. I then had to move over to the right as quickly as possible for my next turn. As I’m doing so, a police cruiser veered onto the road behind me at full speed with bubble lights and sirens blaring. I was terrified that I had either done something illegal, or that the cops thought I did something illegal and were about to hassle the hell out of me, or worse. The cop just sped past me to wherever he was actually headed. But still, that momentary panic was infinitely more terrifying than anything in this movie could be. Why did Helen Mirren let herself get dragged into this?

Join the conversation in the comments below, and if there’s something you want me to see, let me know. I’m here for you. I’ll spend the money so you don’t have to! What should I see next?