How does your film look? That’s the basic question of the Production Design category, known as Art Direction until 2012. It seems like a simple question, and the broad scope of the category seems equally cut and dry. This award recognizes the “interior look” of a film, specifically the artistic atmosphere of a film, as well as the set designs. And despite the verbiage, the category isn’t actually limited to interior sets. Part of why Crouching Tiger, Hidden Dragon won was because of the outdoor sets, the various almost life-like plants that aided in the ballet-style sword fights.

But in reality, the whims of the Academy can make this particular category very complex. Previous winners include films like The Grand Budapest Hotel, which showcased meticulously crafted practical sets that were thematically appropriate to the film. Other winners, like Return of the King, included a lot of CGI sets and establishing shots. There are no hard and fast rules as to what qualifies and what doesn’t. However, if it looks really good, it tends to get nominated. All in all, this is one of the hardest categories to judge, and oftentimes it just comes down to super subjective recollections of the films and just your overall impression of stuff outside the major categories.

This can also be a great opportunity for a film outside the big dogs to pick up some hardware. Since 2001, five winners in this category were not even nominated for Best Picture, and only Chicago and Lord of the Rings went on to claim the top prize. So this is prime territory for an also-ran to land themselves a win.

Sarah Greenwood (Production Designer) and Katie Spencer (Set Decorator) – Beauty and the Beast
Tale as old as time,
Conceived in a think tank.
Remake a cartoon,
Starring a CGI goon,
And laugh right to the bank.

Just some shitty sets,
Resembling styrofoam and yeast,
French countrysides and scenes,
Look like Hummel figurines,
Beauty and the Beast. 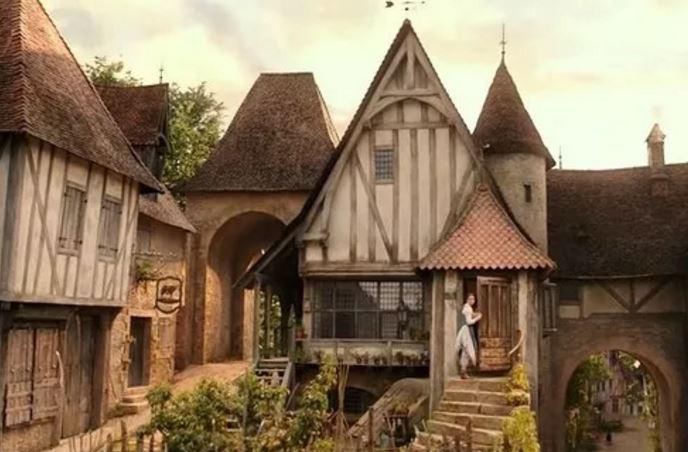 Dennis Grassner (Production Designer) and Alessandra Querzola (Set Decorator) – Blade Runner 2049
Okay, now we’re getting into the good stuff. However you may have felt about Denis Villeneuve’s sequel in terms of tone and plot, what you can’t deny is that this is a fully-realized world that he’s built, on top of the world that Ridley Scott built 35 years ago. The alternate-universe, futuristic Los Angeles is teeming with sound and color (and sadly, a shit-ton of product placement), allowing us in the audience to experience the grand vision taking place in a relatively confined area.

But the more intimate sets hold up as well. There’s Wallace’s headquarters, filled with cold, angular rooms, the rust and sand-covered walls and sculptures of Deckard’s Las Vegas hideout, hell even K’s apartment has a sterile flair to it. Oddly enough, I think my favorite set was the very first one, at the greenhouse-like compound where K confronted Dave Bautista in the opening sequence. It’s such a tight space, but there’s also so much to be used in the coming fight, including several well-placed props and walls to destroy in the chaos. For a film that relies so heavily on CGI, the practical sets are very well done.

Sarah Greenwood (Production Designer) and Katie Spencer (Set Decorator) – Darkest Hour
You guys getting deja vu, or is it just me? Yeah, these two ladies are nominated for both Beauty and the Beast and Darkest Hour. This is the decidedly better of the two, even though both submissions suffer from the same basic problem, in that there’s really no new design. In Beauty and the Beast, they repurposed artwork from the original animated film from 25 years ago. In Darkest Hour, there’s a bit more to work with, as it’s all based in reality, but the major task is just faithful recreations of actual locations, and how they looked in 1940. Much of the color scheme is more a credit to the cinematography, as it comes down to lighting and shadow.

Still, that doesn’t mean that the job wasn’t well done. If anything, it’s a testament to their skills that they didn’t deviate too much from the real locations. Parliament looks exactly like the real Parliament looks. The receiving room where King George VI first meets with Churchill is ornately decorated in a manner befitting the royal family. And the few areas where they can stretch their creative wings a bit – notably the underground bunker and Churchill’s pre-Downing Street residence – are realistically conceived and very believably decorated. This category tends to reward flashier elements, so I’d argue that of their two nominations they have a better chance at winning with Beauty and the Beast, even though it sucks, but this is most definitely a worthy entry.

Nathan Crowley (Production Designer) and Gary Fettis (Set Decorator) – Dunkirk
The brilliance in the design and sets of Dunkirk lies in a bit of thematic irony. The film employs a wide open space for each of its three timelines, namely the land, the sea, and the air. However, the practical sets are almost claustrophobic.

Take each timeline in its instance. In the air, nearly all the interior action takes place inside Tom Hardy’s cockpit. There’s a lot of stuff going on around him, but his entire performance is inside a space barely big enough for him and the camera, and even then it’s got all the bells and whistles of a real WWII dogfighter. On the sea, the bulk of the proceedings take place on Mark Rylance’s civilian boat, which basically consists of the deck and a small cabin below deck. I was honestly amazed when it opened up later, towards the end, when dozens of soldiers were able to climb aboard and fit comfortably. That’s some masterful economy of space work. And finally, in the smallest exterior space (Dunkirk Beach), we also get some very tight spaces, such as the dock bridges and the multitude of sinking ships that start flooding with Harry Styles on board over the course of the evacuation.

In all of these places, there’s almost no room for error between cast and camera. And yet, nothing is out of place when it comes to props and decoration. Everything is normal and proper within the context of the situation the various characters find themselves in. A lot of action has to be crammed into very short spaces of utility as well as time.

Paul D. Austerberry (Production Designer), Shane Vieau, and Jeff Melvin (Set Decorators) – The Shape of Water
For a film like this, which pays homage to Hollywood monster movies of old, the production design has to be immaculate, otherwise it’s just going to look like a cheap knockoff or parody. Guillermo del Toro’s team did an incredible job here, with two pieces in particular.

First, there’s Elisa’s apartment building, filled with old decor and creaky floorboards. The whole place feels like it was lifted from a Tim Burton fever dream. All that’s missing is the oddly proportioned door frames. There’s also a nice juxtaposition between Elisa’s and Giles’ individual apartments, particularly in lighting and decoration.

Second, and most crucially, is the laboratory at the aquarium where the creature is kept. It’s a gothic masterwork of tiling, pipework, stone, and of course, water. The disparate elements come together to create what would look at first glance like Frankenstein’s fish tank, a mad science lab in a back alley behind Sea World. And yet, because of Elisa’s curiosity and compassion, there’s a warmness to it that belies the horror inspiration. It really does work to spectacular effect.

Next up: After spending a month chasing down the potential nominees for Documentary Feature, the Academy goes and nominates some of the worst of the bunch. But I’ll give them a fair shake, anyway.

Join the conversation in the comments section below! Am I being too hard on Disney remakes, and are you willing to admit you’re wrong for thinking that? Let me know!