There are 15 films that have been shortlisted for the Documentary Feature Oscar. When the list was announced, I had seen a grand total of three. I have endeavored each of the last two years to see all 15 potential nominees before they’re announced at the end of January, as it tends to be a dead month where the only new films are studio dumps that aren’t expected to be any good, so I’ve got the time to spare.

Below I’ve compiled miniature reviews for four of the films on this year’s list. One of them is in theatres right now, but it’s a limited release, so it might be hard to find. The other three are available on streaming services. Next week I’ll be able to see two more in limited release, and another is available to rent on iTunes. I’ll keep posting as I continue to track these films down. At this point I’ve got four weeks to see eight movies, assuming I can even find them.

Shirkers – Netflix
In 1992, a young filmmaker in Singapore named Sandi Tan and her friends spent their summer shooting an independent film. It was meant to be a road trip film contained entirely within the tiny city-state, with several plot threads about death and destiny. It was the perfect first project for a promising film student with an eye for punk and feminist culture. After filming, Tan and her friends went their separate ways, returning to college abroad (Tan studied in England while her friends were in New York and Los Angeles, respectively), leaving the footage in the hands of their instructor, Georges Cardona, who was tasked with editing the film. Instead, months later, Cardona absconded with the footage, and the trio never saw him again.

Two decades later, and more than 10 years after Cardona’s death, his widow gets in touch with Tan, letting her know that she has the film reels, all 70 canisters of them. Without the sound, which is still lost, the film can never be completed, but instead Tan uses the footage to make a documentary about the making of the film itself, and the betrayal she suffered. She also takes it as an opportunity for introspection and to air a lot of personal history with her friends, who remain close but have certainly grown apart in different ways over the years.

And it’s that personal journey, along with some really well-preserved footage, that makes this a compelling documentary. If it was kept to just the story of Cardona being an insecure failure who sabotages his protégés when they surpass his own skills (something that is fully explored), then I’d argue the film’s inclusion in the list is little more than box checks for feminism and diversity, a sort of way to see how non-Crazy Rich Asians live. But the deeply personal connection for not just Tan, but also for her friends Jasmine Ng and Sophie Siddique, elevates the proceedings to some next level storytelling. 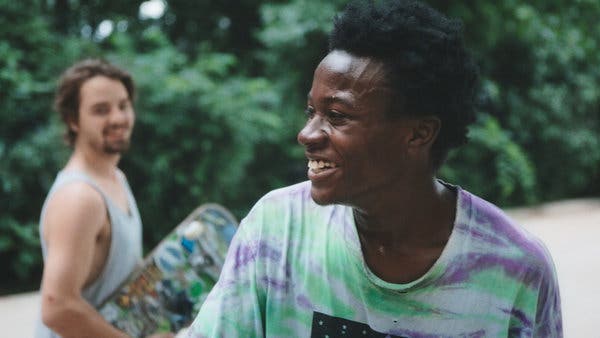 Minding the Gap – Hulu and limited theatrical release
Less Lords of Dogtown and more Hoop Dreams for the skateboarding set, Minding the Gap takes a deep, unflinching look at three friends united by their love of skating but whose lives take drastically different paths from their Rockford, Illinois roots.

Kiere (pronounced like “Pierre” but with a “K”) Johnson is the “least black” member of his family by his own admission, preferring rock music and boarding to hip hop and basketball. He’s skilled, motivated, and deeply loving of his friends and family, but he still lives under the yoke of institutional racism and from members of his own family who engage in less than above-the-board dealings.

Zack Mulligan is your average underachieving stoner, who is expecting a child with his girlfriend at the start of the film. He tries to make an honest go of being a caring and active father, but more often than not gets in his own way, leaving his eventual ex shouldering the load. It’s to the film’s eternal credit that it pulls no punches with Zack as a person. He has a good heart, but he is a fuck-up.

Finally, there’s the filmmaker, Bing Liu. Like Kiere and Zack, he grew up in a dysfunctional household with a toxic relationship with his father figures. Abuse was rampant in all three homes, albeit in different ways. The film, which constantly juxtaposes their youthful joy of skating with the realities of their lives and penetrative interviews with family, is equal parts personal therapy as it is a tremendous thesis on masculinity in the 21st century. Of particular note is the heartbreaking interview with his mother, who was abused by her second husband, Bing’s stepfather. 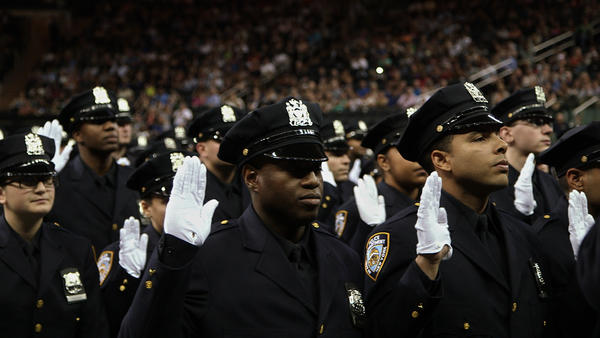 Crime + Punishment – Hulu
You ever notice that the police seem to be out more in force towards the end of the month? Well, there’s a reason for that. A lot of police and sheriff departments at the local and state level have quota programs, where officers are required to make a certain number of arrests or issue a certain amount of tickets and summonses each month, because the money those actions bring in help to supplement the departmental budget. Suffice to say, if you want to speed on the highway, do it before the 20th of the month (ideally don’t do it at all, but the risk is notably higher as the month dwindles).

In 2010, the state of New York banned the use of quotas, but as Crime + Punishment shows, the program is still very much alive in New York City, despite the resignation of the NYPD Commissioner and a still-pending lawsuit from 12 officers who have been retaliated against for refusing to comply. Promotions are withheld, evaluations are taken away from direct supervisors and instead filled out by insiders who have no contact with the officers in question, and internal documents are leaked to friendly press (the New York Post chief among them) to slander the crusading cops, all of whom happen to be minorities on top of everything else.

This is the type of film that’s supposed to make you angry, and it succeeds. Part of the problem with police scrutiny over the last several years is the “protect the shield” mentality. No matter what horrible thing a cop does, particularly murdering suspects (Eric Garner’s death is a heavy focus), the cops protect their own rather than doing the right thing. The motto is “To Serve and Protect,” but all too often these days, we learn that they’ve added the word “Ourselves” to that mantra, which makes it all the more infuriating when politicians and pundits engage in victim-shaming and “Blue Lives Matter” character assassinations whenever someone in the public raises their voice. But what happens when the raised voices are from behind that very shield?

Free Solo – Limited theatrical release
Contrary to what I thought going in, this is not a rallying cry for the US Women’s National Soccer Team goalkeeper. Instead it’s about a man named Alex Honnold, who is among the select few daredevils who climb rock faces without the aid of a rope and harness, an activity that has a pretty high mortality rate, as you can imagine. I remember seeing him profiled on 60 Minutes a few years back, and in fact a clip from that feature is used in the film. Along with a crew of expert climbers who also happen to be filmmakers, Honnold sets his sights on the El Capitan face at Yosemite National Park.

The film is compelling for two reasons. One is the sheer scale of the undertaking, both from a climbing and filmmaking perspective. At over 3,000 feet, it would be the highest free solo climb in human history, and therefore Honnold spends months fully harnessed as he prepares and maps out his route, using trial and error to figure out the least likely points where he would die. On the filming side, the crew has to figure out the insane logistics necessary to properly capture this ascent, as well as dealing with the anxiety of potentially losing their friend in the process. It makes for some amazing shots, and the climactic attempt at El Capitan is one of the most visually stunning and gripping pieces of cinema I’ve seen all year.

The other highlight is Honnold himself. He has something of a grating personality, and is a little bit of a dick to be perfectly honest. He has a girlfriend, but he rarely, if ever, makes emotional attachments. He’s driven to exceed all expectations, and is the product of a ton of pressure put on him throughout his life. As such, he’s incredibly focused, but emotionally distant. A pre-climb scan of his brain shows that his amygdala – the section of the brain that controls emotional responses, particularly fear – functions at a much lower rate than most people, meaning that Alex Honnold is quite literally fearless along with being quite possibly batshit crazy.

I’d argue that the depiction of his girlfriend, Sanni McCandless, is the main detraction of the film. She’s not a bad person, or even a bad influence, but she’s depicted as such more often than is necessary. Chiefly she’s there to give Alex a bit of a human side, but for whatever reason, she’s also the closest thing this movie has to a villain. In multiple scenes, she all but begs him not to make the climb, and in two sequences she’s the de facto blame for Alex’s injury setbacks. Instead of implying that he’s growing a conscience and something other than a cavalier attitude about his own life, the film acts like she’s holding him back and jinxing him when he gets hurt, and that just didn’t sit right with me.

That’s it for this bunch of docs! As 2018 becomes 2019 I’ll do my best to track down the remaining eight movies, and provide reviews and rankings as we get closer to the nominations in a few weeks!

Join the conversation in the comments below! What was your favorite documentary this year? Would you free solo climb? If your answer is anything other than “fuck no,” have you sought psychiatric help? Let me know!