With Oscar nominations coming up on Tuesday, there are two more films from 2018 that I want to see and review during the holiday weekend. It’s very possible that with these two in the books, I might be so far ahead of the curve that I’ll only have the Short categories to tackle for this year’s Blitz.

Bearing that in mind, I finally got a chance to see Beautiful Boy a few days ago, thanks to my roommate’s Amazon Prime account. I had wanted to see it during its theatrical run in the fall, but sadly it didn’t succeed at the box office, earning only $10 million against its $25 million budget, making it a flop.

It’s a shame, because the film has garnered widespread praise. This is the first English-language film from Felix Van Groeningen, previously nominated in the Foreign Language category for The Broken Circle Breakdown, and the lead performances from Steve Carell and Timothée Chalamet have been particularly noteworthy. Chalamet specifically has gotten significant buzz, garnering Supporting Actor nominations from the Golden Globes, BAFTA, and SAG. He’ll almost certainly hear his name called on Tuesday morning as well, his second Oscar nomination in as many years. Between him and Lucas Hedges, the new generation of leading men is promising indeed.

The film is adapted from dual memoirs from the father-son pair of the film, David and Nic Sheff. Throughout the course of the film, Carell as David deals with Chalamet as Nic, while the younger suffers through bout after bout of drug addiction, rehab, and relapse.

Given that he’s very likely to be nominated, the only real question to ask is, does Chalamet deserve his presumptive nomination? I can say that after watching the film, the answer is an unqualified yes. Chalamet gives the most dynamic performance of his young career, and the best portrayal of addiction for 2018. Mind you, this would be an improvement over Chalamet’s last nominated performance simply by virtue of him not fucking a peach. 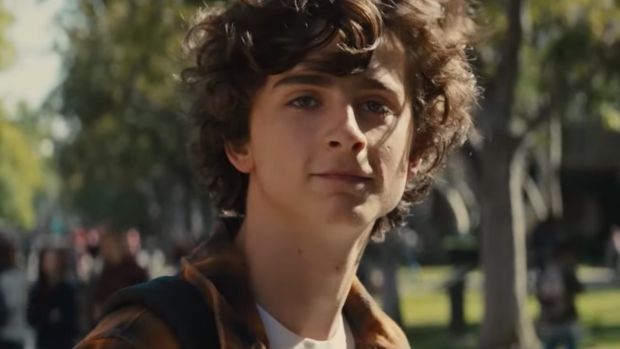 As Nic Sheff, Chalamet embodies addictive personality perfectly. The highs, the lows, the shame, the defiance, the desperation, the remorse, Chalamet covers so much ground he might as well be a tarp. This film was an ideal opportunity for the young star to flex his acting chops and display tremendous range. As such, he lifts up his co-star allowing Carell to deliver an equally compelling performance as a loving foil who increasingly runs out of options to help his oldest son while protecting his younger children from the reality of Nic’s situation.

Chalamet’s performance is even more impressive considering the number of addiction stories that have come out this year. Look at what we’ve had to this point: Don’t Worry, He Won’t Get Far on Foot, A Star is Born, Steve Carell’s turn in Welcome to Marwen (which combined with the documentary Marwencol makes me want to retroactively lower its grade), and even as a secondary plot thread in Cold War, Bad Times at the El Royale, and Bohemian Rhapsody.

Nic’s addiction issues are much more graphic and visceral than they are in other films. Bradley Cooper pisses himself at a fake Grammy ceremony, Timothée Chalamet snorts, shoots, cooks, smokes, swallows and does just about everything else drug-related you can imagine, to the point that Carell, playing Nic’s father, actually snorts some himself just to try to understand the mindset his son keeps falling back on.

The film does get a bit maudlin, even to the point of mawkishness, but never did I feel like I was watching an Afterschool Special or some thinly-veiled Christian moralizing, like, say, Flight a few years ago. There’s an honesty about Nic’s predicament, an earnestness about wanting to change combined with helplessness in the face of the challenge. It’s just a shame that the only likely nomination will be for Supporting Actor, while the guy who pissed himself will inexplicably get nominated for Best Actor, Director, and Picture come Tuesday.

Join the conversation in the comments below! What film should I review next? How do you feel about addiction stories? Can we get rid of the accent above the “e” in Chalamet’s name? It’s really getting annoying having to pull up the special character menu! Let me know!