By its very nature, the Visual Effects category is the most fluid of the entire ceremony. Not only do the artists and editors constantly put in some insane hours trying to one-up each other, but as technology evolves, so does the collective taste of the audience and the Academy voters.

It’s amazing to look back at the history of the category, even the more recent stuff, and see how the standards have changed. Let’s start with Star Wars in 1977. The entire original trilogy took home this award, thanks to innovative use of miniatures, pyrotechnics, and a few animated lighting effects, particularly the lightsabers and blasters. No film in the franchise since has won, and two of the prequels weren’t even nominated.

That’s in part because by the time Phantom Menace came out in 1999, CGI was already par for the course. The 80s relied on inflaming the imagination with rudimentary lighting schemes, stunt work, and nascent computer tech, while the 90s saw the visual effects artists push the limits of what computers could do for the time while still looking lifelike. Of particular note were the combination of animatronics and CGI used in Jurassic Park and the melding of new footage into archival with Forrest Gump. By the end of the decade, CGI characters and fights were already old news. The 00s were very much about what kind of 3D animation could be inserted into existing elements, which is why films like the Lord of the Rings trilogy, Peter Jackson’s King Kong remake, The Golden Compass, and Avatar saw victory.

But this decade, the name of the game is realism. There are tons of effects-heavy blockbusters that get nominated year in and year out, but since 2010, they haven’t been successful in this category if they didn’t feel real. Only Hugo really held on to the idea of imaginative animated elements (used for 3D justification) and won. Everything else was about making even the fantastic as seamless and realistic as possible. Even a more abstract film like Inception grounded its effects in a real-looking framework, because the central conceit of the movie was lucid dreaming, where a dream is so realistic that the untrained brain can’t tell the difference between life and simulacrum. Other winners this decade include space operas that use real scientific laws and theory to inform their effects (Gravity and Interstellar), futuristic sci-fi that seems commonplace for the environment (Ex Machina and Blade Runner 2049), and entire CGI worlds where animated animals could pass for the real thing (Jon Favreau’s Jungle Book remake).

Bearing that in mind, how does this year’s field stack up? One of the cool things about my unending Oscar quest was that not only did I clear the Documentary Feature shortlist, but I also saw all the Foreign Language options that were available, as well as all the Original Score potential nominees and everything in Visual Effects. Of the 10 films on the shortlist, six of them were the usual VFX-heavy action barrages, three were in the realm of reality or realism, and one was just pure fantasy on top of – or alongside – a real-life story. From that 10, the fantasy didn’t make the cut, nor did three of the action films (including the highly-regarded Black Panther; those armored rhinos really were silly as all hell). That leaves us with two films dealing with reality through different extremes alongside three standard effects showcases. As we’re nearing the end of the decade, it’ll be interesting to see if the patterns of the last eight years hold, or if we begin a transition to a new standard for the coming years. 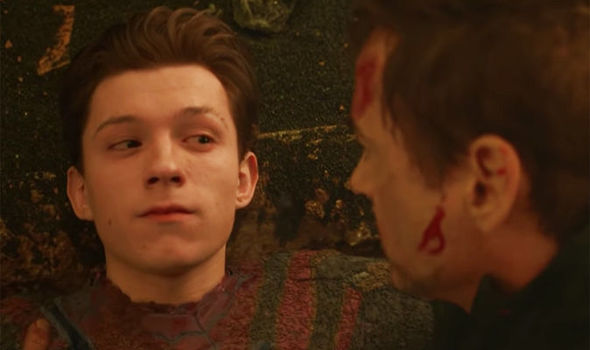 Avengers: Infinity War – Dan DeLeeuw, Kelly Port, Russell Earl, and Dan Sudick
Three Marvel Cinematic Universe films made the shortlist this year, with the culmination of the series to date landing the nomination, which makes sense. It’s an acknowledgement of both the staying power of the franchise as well as the eye-popping effects that go on across the spectrum of films. And certainly, this one has it in spades just like all the films that came before it.

What separates it from the field is the one truly new and unique element that it brought to the table, and that was the aftermath of Thanos snapping his fingers. All the fight scenes and CGI explosions have been done literally hundreds of times within this franchise, and honestly, Infinity War is overstuffed with them, mostly just for fan service. But what gut checked just about everyone in the audience – moving some famously to tears – was watching their heroes disintegrate and fall out of existence in a random, ashy flash. Now, we all know that it’ll be undone in Endgame later this year, but in the moment, it was a pure shock. Apart from the mild assumption that all the original Avengers would be safe, you didn’t know who’d stay and who’d go, and the VFX crew went for the jugular as audience favorites fell one by one, including the still excruciating (for some) moments that followed the ominous, “Mr. Stark, I don’t feel so good…”

Christopher Robin – Christopher Lawrence, Michael Eames, Theo Jones, and Chris Corbould
Another film that shamelessly goes for the feels, but this one is a little more grounded in reality. Yes, this was one of the two “real” movies I was referring to. Part of it is the idea of classic characters impacting someone’s real life when it all might have been imaginary in Christopher Robin’s childhood, but the major part is how real the characters look.

Like Ted back in 2012 (which was amazingly not nominated in this category), you have to do more than just have a pint-sized CGI bear. That’s Paddington territory at this point. No, you have to make the bear (and the other stuffed friends) actually look like toys that might have been seen and sold in the early 20th century (including some wear and tear). You need to see the stitching, you need to hear the squeak of Tigger’s springs. You need to make the actual animal friends like Rabbit and Owl look like an actual rabbit and owl to contrast with the velveteen feel of the others. And then, of course, you have to bring them to life in a way that makes the fact that they can talk seem natural. You have to create mouth and eye movements that are physically possible given their material makeup. The team here did an amazing job, and because of it, I was able to engage with the film that much more (and get choked up more than a few times).

First Man – Paul Lambert, Ian Hunter, Tristan Myles, and J.D. Schwalm
As I mentioned in the breakdown for Sound Editing, the success of this film relies entirely on making you feel like you’re right there in the cockpit with Neil Armstrong and the other Apollo astronauts. That’s an extremely difficult task, equally hard from a visual standpoint as an audio one.

In order to make the danger palpable in a story where we already know the ending, the peril has to look as real as humanly possible. That’s why the film opens with Armstrong doing a test flight that takes him into the upper atmosphere. We have to see what he sees, experience the same wonder and risk. Midway through when he has to eject before his prototype lander crashes in a fireball, not only does every inch of the vehicle look real, but every flaw and every flame looks like it could jump out of the screen and injure you, and that’s without seeing it in a large format or 3D. I can only imagine how visceral it would be in such a screening.

Ready Player One – Roger Guyett, Grady Cofer, Matthew E. Butler, and David Shirk
This was a fun movie when it came out, but sadly it’s almost all CGI fan service. While the litany of references throughout the movie are an absolute blast, it doesn’t really hold a lot of weight when it’s all a cartoon. The most impactful moments are those that are done outside The Oasis, with the real-life characters. While there’s a lot to please the eye, at this point, how impressive is it, really?

The one exception to this point is the quest for the second key, which takes place in an amazingly faithful recreation of the Overlook Hotel from Stanley Kubrick’s The Shining. While some bits are sanitized for a PG-13 rating (looking at you, bathtub corpse), the insane attention to detail in making the Overlook almost completely via green screen was uncanny. Until I read about the process of making the sequence, I honestly believed that Steven Spielberg had somehow recovered or remade all the set pieces and props. The excitement ebbs once we get to the real challenge on the zombie dance floor, but up until that point, I thought I was literally watching one of my favorite movies all over again. It seemed that real.

Solo: A Star Wars Story – Rob Bredow, Patrick Tubach, Neal Scanlan, and Dominic Tuohy
While I enjoyed the film, it is by far not my favorite of the modern Star Wars films, main story or otherwise, and a large part of it (outside the franchise fatigue and Disney-fying of the whole thing) is down to the visuals. They’re passable, certainly, but nothing really blew me away.

The underworld kingpin that the opening text talks about is basically a giant prawn puppet. The social justice warrior droid is no more or less convincing than any other CGI/motion capture droid of the modern era (I’ll take K-2SO every time, thank you very much), and she’s annoying to boot. The space kraken they escape from during the Kessel Run is a lazy CG abomination. But the real downer was in the ending reveal, via hologram, that Darth Maul was still alive, and that therefore the cartoon series are canon. What a waste of one of the most iconic love-it-or-hate-it Star Wars standard effects.

Next up: The hardest working people in show business take a director’s vision and turn it into gold. It’s Film Editing!

Join the conversation in the comments below! Which film gets your vote? What was the best special effect you saw last year? Can Thanos snap his fingers and make half the politicians in this country disappear from existence? Please? Let me know!