Last year, Natalie Portman made a political statement by calling out the fact that all five nominees for Best Director at the Golden Globes were men. It was a bit annoying, because it didn’t matter whether or not a woman actually did a directing job worthy of consideration (Patty Jenkins, perhaps?), what mattered in her eyes, based on that statement, was that a pair of x chromosomes should be treated as entitled to a place on the roster, regardless of merit, which is bullshit.

This year, the call is out again because of the fact that all five nominees at the Globes, Directors Guild, and Oscars are all men. This time, however, those who complain might have a legit gripe. At least it succeeds in drowning out the snub calls on behalf of Bradley Cooper, who did a functional job with A Star is Born in his directorial debut, and some have even speculated that his career path might echo Clint Eastwood some day. If he can pull it off, I welcome it, but he certainly didn’t do enough with his first film to warrant a Best Director nomination, much less the Oscar.

Still, it is a bit glaring to leave women completely off the roster when there were some incredible outings from female filmmakers. Lynne Ramsay’s work on You Were Never Really Here was astounding, to the point that she was my favorite director for the first half of the year. Similarly, Debra Granik made the most of her long awaited follow-up to Winter’s Bone, as Leave No Trace was easily one of the best films of the year.

At the same time, while deserved, had they been nominated, it still would have seemed like a token nod, because neither of those films is nominated anywhere else. That’s a separate issue, and one I’d argue vehemently, because I loved both films and wish they were better represented at this year’s ceremony. But we all know how this system works. If you’re not nominated in multiple categories, you have no chance at Best Picture or Best Director. There were mild calls of shenanigans when Selma got nominated for Best Picture a few years ago, when it was only nominated in Original Song otherwise. Did Ava DuVernay deserve a Best Director nomination? I say yes, and it would have legitimized the film’s place in the final field.

Sadly, with all the rabble rousing, people are ignoring some other positive bits of representation. We have only the sixth black nominee in the category’s history, a nomination that corrects an historic wrong on the Academy’s part (and women at least have a win from their five nominations, none so far for black directors). Also, for the first time this century (perhaps ever), the majority of the field represents non-English speaking countries.

Basically what I’m saying is that we shouldn’t throw the baby out with the bathwater. Though, to be fair, this category has likely been sewn up for a while now, so maybe there’s merit in token nominations when the winner’s already been decided.

This year’s nominees for Best Director are:

Alfonso Cuarón – Roma
I mean, it’s his to lose at this point, right? Cuarón is Hollywood royalty, and has won this award before. His latest film, Roma, is a deeply personal story to him, and he basically assumed all the major duties of production in the process. The marketing campaign was so strong that the film picked up nominations it didn’t get anywhere else, like Best Actress and Best Supporting Actress. The film is tied for the most nominations, and there’s at least a fighter’s chance that it could be the first foreign language film to ever win Best Picture. For him to lose would be an upset of epic proportions.

And for the record, it’s an upset I’ll be rooting for. Don’t get me wrong, Cuarón did a fine job, and far be it for me to question his own personal story. But this movie is, by definition, overrated. The cinematography is super strong, and well worthy of its nomination (which Cuarón handled himself), but I wasn’t in love with the black and white choice. The acting wasn’t all that strong, and the sound design seems to be dependent on his preferred speaker system, which makes the decision to use Netflix as a distributor all the more curious. This is a really good movie, and Cuarón’s passion shines through, but it’s not the be all, end all, and I think a lot of people, especially awards circuit voters, have lost sight of that. 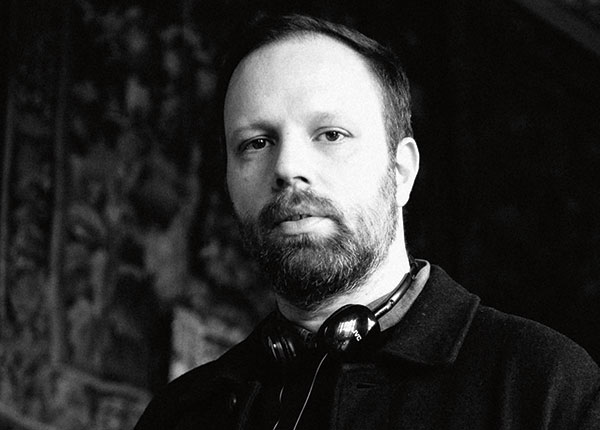 Yorgos Lanthimos – The Favourite
Lanthimos has done a whole lot of good in a short space of time. He was beloved in his native Greece for his work, and even earned a nomination in Foreign Language for Dogtooth. He’s made three English-language films over the last four years, and they’ve all been masterpieces. Spike Lee – BlacKkKlansman
Spike Lee is one of the greatest filmmakers of all time. His body of work stands with Scorsese, Spielberg, Eastwood, Wilder, and any number of master auteurs. And yet, alarmingly, he’s never been nominated for Best Director. He and the Academy have been at odds for a very long time, despite some cursory honors along the way (Honorary Oscar and a Student Oscar, and previous nominations for Original Screenplay and Documentary Feature). He’s been very vocal in calling out what has been seemingly an institutional bias against black films for decades, and his reward was to be all but blacklisted. He’s the sixth black director to be nominated here, and the fact that he wasn’t the first is a crime in itself. Now, with a more diverse membership, he’s finally getting his due. Or rather, he’s getting a long overdue nomination, because again, the Oscar is likely already on Cuarón’s mantle.

It’s a shame, really, because BlacKkKlansman is Lee’s finest joint of this millennium. I’d argue it’s one of his top five films all-time. His artistic style permeates every scene. He masterfully links the Klan of the 70s to the “alt-right” of today, and that’s before he inserts the Charlottesville footage. He pays homage to the greats of the Blacksploitation era. He injects visual flair into just about every sequence. He gets unbelievably great performances from his entire cast, even the ones playing the biggest deplorables in the basket. He makes a thrilling cop movie in the midst of one about social justice. And on top of everything else, this movie is fucking hilarious! It’s totally amazing that he hasn’t been nominated to this point, and it’s equally amazing that he somehow won’t win this. Shaking my damn head, man.

Adam McKay – Vice
After years of doing slapstick, crowd-pleasing comedies starring Will Ferrell, McKay has more than elevated his game in recent years. This is the second time in the last four years that he’s been up for Screenplay and Directing honors, and it’s hard to argue against the product here, even if Vice is very similar structurally to The Big Short.

Where he rises above his previous prestige project is in giving the audience a focal point in Dick Cheney. Part of McKay’s skill is teaching people how to be mad at the wrongs of the world, and why they should be mad in the first place. In The Big Short, that essentially required multiple storylines to show how the housing market was fucked from all sides before the collapse. With Vice, he has a lodestar in Dick Cheney, an easy – if convenient – target on which to pin some of America’s greatest recent atrocities. It works because not only did Cheney do evil things – just like the financial wizards who crashed the economy – but he’s always carried a smug sense of self-justification and arrogance. Not only does the real Cheney think he did the right thing, he relishes in the hatred he’s engendered. He’s like Roger Stone, only with brains and a small amount of charisma. McKay knew how to exploit that, and he succeeded admirably. 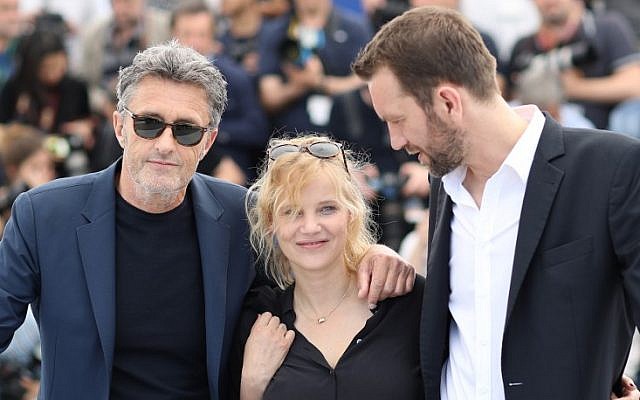 Pawel Pawlikowski – Cold War
I have to say, this nomination surprised me. I don’t hate it, but it certainly was a shock. Cold War is an amazing film, led by two amazing performances. The story in the film, about a singer and a musician carrying on a love affair on both sides of the Iron Curtain, is loosely based on the lives of Pawlikowski’s parents, so there’s also a deep personal angle to the proceedings.

And oddly, that’s what makes this nomination so strange. As I’ve said (and I’m sure you’ve noticed if you’ve been paying attention to the advertising leading up to the Oscars), this award is Cuarón’s to lose, because it’s an artistic, personal story about a member of his family (for all intents and purposes). So why nominate competition that’s nearly identical thematically? I get the feeling this nomination is more to create a sense of competition than anything else. Again, I loved Cold War. It’s beautiful, heart-wrenching, erotic, and poetic. But I can’t shake the feeling that this nomination only exists to create a false pretense that they’re looking at personal stories all over the place, not just with Cuarón. And if that really was the intent, I think it shortchanges Pawlikowski’s skill, and it’s a bit insulting, seeing as how he’s won the Foreign Language Oscar on Poland’s behalf before. Also, if you were just looking for filler nominees, then why not Lynne Ramsay or Debra Granik? It’s not like they have any real intention of Pawlikowski winning this, after all.

Next up: We’ve only got five categories left, and on Monday we dive back into the cartoons. It’s Animated Short!

Join the conversation in the comments below? Which director do you think should win? Should a woman have been nominated, and if so, who? If Spike Lee wins, can we change the title to Best Jointerer? Let me know!