I’m really running low on “doc” puns at this point. Anyway, tomorrow the Academy announces its shortlists for several categories outside the main ballot, including Documentary Feature. Since the list of submissions was announced, I’ve tried to find time to view as many that are available as possible. Sadly, at the moment I’m working two jobs, so I was only able to fit in four. Still, it’s worth a brief breakdown ahead of the shortlist announcement. I’m fairly certain at least one of these films, if not more, will end up on it.

There are many more submissions available through various streaming services like Netflix, HBO, and Amazon. Any that make the shortlist you can be assured will be top priority for me. For now, though, enjoy these entries that have at minimum gained significant attention since their release. 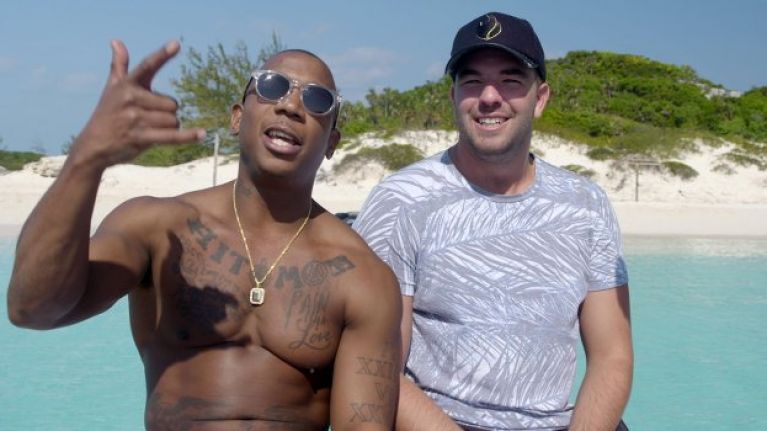 Available on Netflix, this somewhat interesting documentary focuses on the notorious Fyre Festival of 2017, where wealthy party-goers who paid for a beach concert in paradise instead got refugee tents and cheese sandwiches. The film is directed by Chris Smith (American Movie and Jim & Andy: The Great Beyond), and oddly enough co-produced by Jerry Media, the company that owned the Fyre Festival itself, which suggests that some punches were pulled.

While the film is certainly well-made, the glaring problem is that apart from some workers in the Bahamas who were tragically stiffed for their hard labor, I have no sympathy for anyone involved in this fiasco. Billy McFarland belongs in jail simply for thinking that any project with Ja Rule in 2017 was worth the time, to say nothing of the fraud. Everyone involved with the festival who tries to use their interview space to absolve themselves of responsibility for this travesty has a personality that tells me they all had it coming. They weren’t duped. They believed in the McFarland’s cult of personality because they were too stupid to think critically for even a second. And when they had ample opportunities to report the malfeasance and didn’t, in my eyes they became co-conspirators.

And then there’s the one part I wish the film had explored further, which is the fact that any and everyone who placed value in Instagram and “social media influence” 100% got what they deserved. Social media in general, and certainly Instagram, have been proven time and again to be shallow marketing engines at best and devious world-stage bad actors at worst. Yes, I use them to promote this blog because they’ve achieved “necessary evil” status at this point, but it doesn’t mean I like them or put any stock in anything they try to sell me. The fact that anyone could be duped with a fancy video of lingerie models to a) work for a charlatan like McFarland, b) think something as large as a music festival can simply “come together” without massive logistics, or c) willingly spend $10,000 or more for the experience is just further proof of how far our society has declined. I have no patience for any of these fuckwits. If you can spend five figures for a weekend getaway, then I’m sorry, you deserve to spend that weekend living like the poor people you spit on daily. Fuck the cheese sandwiches, eat the rich.

Now, if you are going to do a documentary about a slick salesman, this is the proper subject. Clarence Avant is likely not a household name, but he had a tremendous influence on the music industry over the last 50 years. He’s a hustler in the purest sense of the word, making deals for musicians and entertainers across the industry, particularly elevating black talent when they had no real representation. A lot of very successful people, from pianists to presidents, owe at least some degree of gratitude to Avant.

A lot of the fun in the movie plays on the idea of assembling a “mafia” family tree around the man, as anyone who’s anyone, from Lionel Richie to Barack Obama, is connected to Avant in some way. Drawing the lines and connecting the dots goes a long way towards making this profile of a man behind the scenes not only compelling, but downright exciting. The overall “plot” of the film intercuts a lot of stories and interviews with Avant going to receive his star on the Hollywood Walk of Fame, a long overdue acknowledgement of his unique skills.

Finally, in what may be one of my favorite moments in cinema this year, there’s a great sequence (revisited during the credits) where the interview subjects (Sean Combs, Kamala Harris, Bill Clinton, and Hank Aaron among many others) comment on Avant’s familiar-yet-straightforward profanity. As one puts it, he makes the word “motherfucker” sound like a term of endearment. It’s almost a rite of passage for Clarence to lovingly cuss you out. It’s moments like those that can surprise you in the best of ways.

Available on HBO, this is one of two documentaries that came out this year about one of the greatest and most bombastic footballers who ever lived. Presented entirely in archive footage with modern-day interviews as narration, the film begins with Maradona’s record breaking (at the time) transfer fee to go to FC Barcelona, where he sadly didn’t really excel. The bulk of the film then carries over to his time at Seria A side Napoli, and how his athleticism and creativity elevated one of the jokes of Italian soccer into champions before claiming his national glory in the 1986 World Cup, complete with his notorious “Hand of God” goal against England.

But like most giant personalities, especially in the 80s, there’s always a rise and a fall. When Maradona first came to Naples, he quickly became a celebrity, and fell victim to the trappings of fame, including mistresses (he fathered a child that he didn’t acknowledge until around 2012), drug addiction, and connections to the mob. As so many do, he got in too deep, and the moment he tried to break free, it all came crashing down. He became a pariah overnight, his friends abandoned him, and he became a target of anti-corruption crackdowns that used his fame and foreign lineage to make him an easy target. In essence, once he truly became one of Italy’s most famous, he was only going to get out on their terms.

A lot of this is cut and dry. Your level of entertainment will rely largely on how much of a soccer fan you are. For me, I’m a die-hard of the beautiful game, and I remember watching Maradona as the manager for the Argentina national team a few years back. When Bob Bradley stepped down as the US team’s manager, I kind of wanted Maradona to take over, his insane passion being the kick in the ass I felt our boys needed. Nowadays that zest and zeal is almost a cautionary tale, as Americans and many peoples around the world now see the consequences of picking “larger than life” personalities for leadership roles, whether they’re competent or not. As much as I love Maradona, give me calm, intelligent nerds from here on out.

This is the big one. Available on PBS or YouTube for free, this Frontline documentary should be considered a morning line favorite for the Oscar based on its accomplishments to this point alone. Since its release at SXSW this year, it’s picked up that festival’s documentary prize, the doc prize at Cannes, and wins at the British Independent Film Awards. It’s also been shortlisted for several BAFTAs and nominated for an Independent Spirit Award. I will be literally stunned if this doesn’t make the Oscar shortlist.

The latest in a slew of documentaries about the humanitarian crisis and civil war in Syria, For Sama offers a uniquely female perspective that’s been sorely missing in all the previous works that have gotten Academy recognition. But more importantly, it creates an intimate resonance that no other film about Syria has been able to accomplish. While we all care about the atrocities going on in Aleppo and other places – because, you know, we have basic empathy and decency as human beings – this is the first Syria documentary that truly engages you with the people involved on a human level, and as such you get so invested that at times you want to lovingly shake some sense into them so that they can survive.

Directed by journalist Waad Al-Khateab, the film is a video diary and love letter to her infant daughter, Sama, born in the middle of the skirmish. Waad and her husband Hamza, a doctor, had the chance to leave Aleppo as soon as Bashar Al-Assad’s Russian-backed crackdown began, but they stayed behind to run a makeshift hospital, where they’ve seen more than their fair share of tragedy. Waad never pulls back her camera, showing Sama, and us, exactly how visceral and horrible their living conditions are, contrasting it with an almost ideal existence beforehand, when she and Hamza were just young professionals and protesters looking for a better lot in life from their government.

With luck, Sama will grow up with no memory of the Hell in which her life began, but Waad’s film will make sure she knows what her parents fought and nearly died for. The images presented, coupled with the pure love Waad has for her child, makes for an emotional connection no other Syria film has accomplished. It gets to the point that you want to yell at the screen for her and Hamza to just get out and save themselves and their child. I even found myself mentally reiterating my biggest issue with A Quiet Place last year, screaming silently into a void, wondering why anyone would conceive a child in such an environment.

But that’s the beauty of the film. In the span of 90 minutes, Waad makes you care so much about her and her family that you become emotionally invested to the point that you literally want to jump into the screen and do whatever it takes to help. Films like Last Men in Aleppo and The White Helmets might have made you feel bad. You may even have donated time or money to worthy causes to help. But in the end, I think we all conceded that this is an issue outside of our lives, and sadly one that will continue unabated as long as Assad is in power, and really as long as Putin’s in power to prop him up, and as long as we have a President who acts like the Reek to Putin’s Ramsay Bolton. We all can see that the problem won’t end anytime soon, and we’re powerless to stop it. But when you see Sama smiling in her sleep, you just want to do anything and everything possible to save her life and the lives of everyone like her.

For a more in-depth review, check out my guest blog at Behind the Rabbit Productions.

Join the conversation in the comments below! Have you seen any of these films? Are you stoked for the shortlist announcement tomorrow? How much would you pay for a beach tent in the Bahamas? Let me know!

2 thoughts on “DownStream – Doc Around the Clock”