I’ve spent close to a decade as a video editor over the years, particularly in sports television. I learned how to edit reel-to-reel in high school, and non-linear editing began in college when I first was trained on Final Cut. I’ve used that system, as well as AVID, Quantel, and Edius over the course of my career. Basically I’ve used every major system except for Adobe Premiere. So believe me when I say that I’ve got something of an eye for this, even though I’m not an editor right this very minute.

Film Editing may seem like just another technical category, but there’s a very close correlation with the award for Best Picture. Since 1981, only one film has won the top prize without also being nominated in this category, and that’s Birdman from a couple years ago. And in that span, about half the winners of this category have gone on to win Best Picture. It makes sense. If a film resonates enough to be considered one of the best movies of the year, it has to be tightly edited and expertly presented. There are three Best Picture nominees in this year’s set. Will the trend continue? Is our big winner among this field? We’ll see in just a few weeks, but for now, let’s look at the actual editing.

This year’s nominees for Film Editing are:

Paul Machliss and Jonathan Amos – Baby Driver
Edgar Wright’s music-infused car chase heist extravaganza is a master class in editing. It had to be in order to make the film work at all. For all those exciting chase scenes to ensnare the audience, video had to be matched to the beats of the songs that Baby uses to combat his tinnitus. His entire life is a synchronized music video. From the high octane ballet of the opening sequence to the more mundane tasks of getting coffee or going out with Lily James, everything is timed impeccably. It takes an insane amount of skill and attention to detail to get that all done properly.

Lee Smith – Dunkirk
This is another film that literally can’t happen without the highest level of edit skills. It’s a necessity of the format that Christopher Nolan used for the story. Given that there are three different stories, and each taking place over a different time period, the editor not only needs to give each story proper weight, he also can’t stay in any one spot for too long, lest the audience lose track of the characters in the other two. Finally, as the film draws to its climax, the three stories have to converge on a single moment, and then the switching has to be timed perfectly so as not to seem overbearing. It’s a thing of beauty! 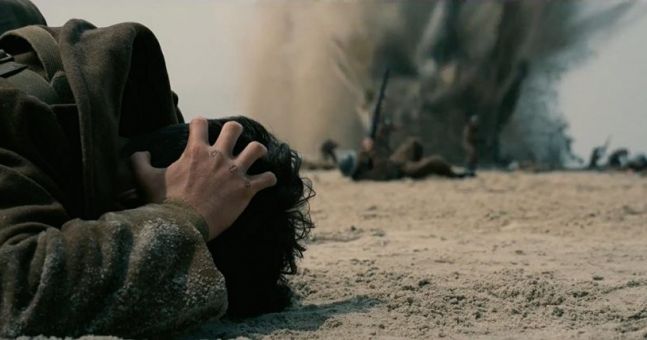 Tatiana S. Riegel – I, Tonya
The key to the editing of I, Tonya lies in the skating itself. Margot Robbie trained for four months to pull off realistic figure skating skill, but obviously she didn’t do all the skating herself. Two body doubles were employed for the more complicated tricks and routines. So right off the bat, the editor has a lot of work on her hands, making sure we never can tell when it’s Robbie and when it’s a double. It’s not just in creative cutting of angles, but also superimposing Robbie’s face onto the double in certain shots (which does fall under the umbrella of editing and not visual effects). The additional challenge in these sequences is due to the camera work. During the skating scenes, the camera operator is on the ice with Robbie and the doubles, skating forwards, backwards, and in circles, almost as if they’re dancing with her. In many ways it’s more difficult than actual figure skating. And when all those beautiful shots come into the edit bay, it’s up to the team to make those shots seem as smooth as possible. I’m happy to say that Tatiana Riegel and her team accomplished the feat admirably.

Sidney Wolinsky – The Shape of Water
Much of the editing in this film is pretty standard, but it’s still pretty great. The climactic scenes as Michael Shannon chases down the Creature are expertly cut. But really, the best moment for me is the fantasy sequence when Sally Hawkins as Elisa finally breaks her silence, singing “You’ll Never Know.” What was already an artful scene of her sitting down to breakfast with the Creature transitions to a classic Hollywood musical number, changing from color to black and white with ease. It truly is a magical moment.

Jon Gregory – Three Billboards Outside Ebbing, Missouri
Much in the same way that Dunkirk cut between three storylines, so too does Three Billboards cut between three primary storytellers in the forms of Mildred, Jason Dixon, and Sheriff Willoughby. Part of why the film works so well is that each character is given their own motivation and agency. All of them are flawed, angry for their own reasons, and each has a past that informs their characters. And we see each backstory delivered in different ways. For Mildred, we get to see the last moments where she saw her daughter alive. On the other hand, much of Dixon’s past is implied through dialogue. Willoughby lives in the moment right up until the end, but there are plenty of silent shots that show just how rich a life he lived. Also, given the way Mildred and Dixon eventually join forces, we need to see how their divergent paths logically meet, and the editors did a fine job.

My Rankings:
1) Dunkirk
2) Baby Driver
3) I, Tonya
4) The Shape of Water
5) Three Billboards Outside Ebbing, Missouri

Next up: Strike up the orchestra! It’s time for Original Score!

Join the conversation in the comments below! Which film was a cut above the rest? Was that a terrible play on words? Do you need an editor for your next project? I’m available!