This is, technically, another category where you don’t need to actually see the movies to get the nominees. You can literally go to YouTube right now and hear the soundtracks to all five nominated films and get the gist of it. Hell, I did that myself before I wrote this just so I’d have a refresher rather than trying to pull subtle music cues from memory. But really, if you’re not going to watch the film, what’s the point in just hearing the score alone? Sure, there’s beautiful instrumental music, but without the proper context of the film to place each track, it’s just a bunch of somewhat pleasant sounds. So while you do have the opportunity to sample the goods, I still strongly suggest you see the films. Thankfully, in this case it shouldn’t be a problem, as four of the five nominees are also up for Best Picture, and the fifth is only fucking STAR WARS!!!

Fun fact, this category has undergone a lot of changes over the years. The current title of Best Original Score is the most simple, and has been in place since 2000. However, there’s a second, lost category here. In addition to Original Score, there is an active category for Best Original Musical, specifically for scores of musical films, but there haven’t been enough submissions to hold it since 1985. Justin Hurwitz won this award last year for La La Land, and it just makes me yearn for more musicals to see if there could have been true competition in the Musical category.

Hans Zimmer – Dunkirk
Hans Zimmer is one of the mainstays of Hollywood orchestration, arguably second only to the great John Williams. He’s been nominated in this category 11 times, though oddly enough he’s only won once (for The Lion King). Still, he’s been the man behind the baton on many great films, including a few Best Picture winners (Driving Miss Daisy, Rain Man, and Gladiator).

Of all the nominees, this is the score that is most germane to the overall experience of the film. Incorporating the same “ticking clock” mechanic I mentioned back in Sound Editing, the score features chaotic strings and winds – ever rising with the action – and percussion that bombards you like the planes literally shooting at the evacuating soldiers. Every movement is meant to make you feel that much more anxious, more claustrophobic. The walls of sound close in on you bit by bit, making an already intense viewing experience even more visceral and consuming. In a film where hundreds of thousands of soldiers and civilians are caught in the crossfire, the score makes sure that the audience can feel as much of the experience as possible without triggering a panic attack. 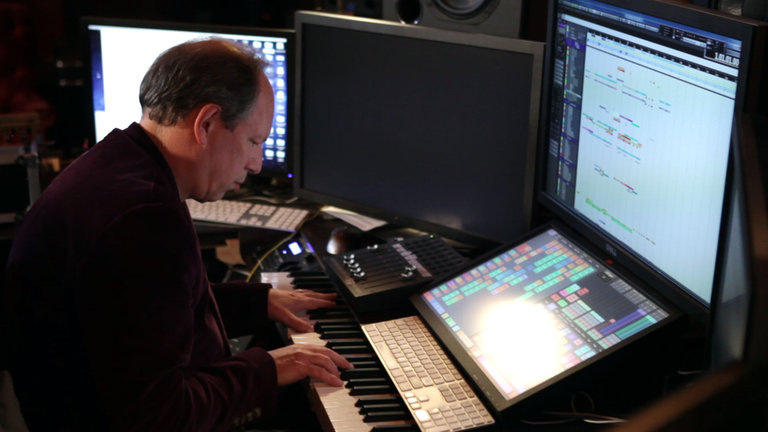 Jonny Greenwood – Phantom Thread
Most people know Jonny Greenwood from his work with Radiohead, but he’s got an impressive resume of film scoring. After his work on There Will Be Blood, he’s been the go-to for every one of Paul Thomas Anderson’s films.

The score here is a bit of a mixed bag. It’s minimalist, only piano and strings for the most part, with a little bit of powerful percussion when needed. There is almost no wind or horn presence whatsoever. When the piano takes the lead, it’s immaculate, a haunting hint of the damaged personalities of both Reynolds Woodcock and Alma. When it’s strings, however, it goes off the deep end. They’re frenetic, atonal, and so high pitched it just digs at your ears. The entire score rotates between those two extremes. 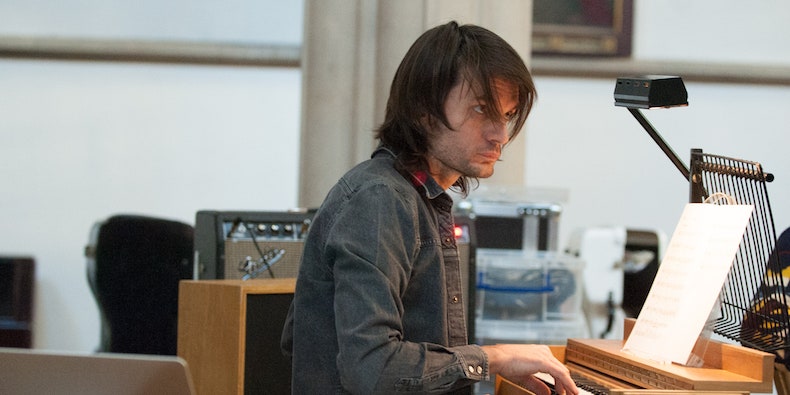 Alexandre Desplat – The Shape of Water
I’ve been a fan of Desplat for a long time, ever since his score for The Curious Case of Benjamin Button. He’s also arguably the most versatile composer of the set, as he’s able to adapt to the needs of just about any film. Don’t believe me, check out his IMDB page for the wide assortment of film genres he’s tackled. I was over the moon when he won the Oscar for The Grand Budapest Hotel a couple years ago. It was long overdue.

Here, he uses high winds and harmonica-like instruments to augment the mid-range strings and create an audible whimsy to match the magical sci-fi story taking place on the screen. He gets docked a couple of points because we can’t consider non-original music, like his arrangement on “You’ll Never Know,” even though it’s beautiful. There are a few old jazz and lounge standards he adapts in his own style over the course of the film, and they work great. They just can’t be considered here. Still, what he does, especially with the sweeping, lonesome themes of Elisa and the Creature (and really, Giles too) comes through beautifully here. There are also some really good hollow sound effects he employs from time to time, almost as if you’re hearing the music through water. Desplat is one of the best for a reason. 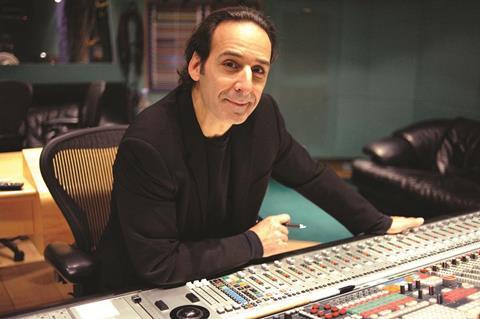 John Williams – Star Wars: The Last Jedi
You know him, you love him, it’s John effing Williams! The man has been nominated in this category more than any other – an unbelievable 51 times! He’s also got five wins, which is four shy of Alfred Newman’s record. This is the fifth Star Wars film for which he’s been nominated, including The Force Awakens and the entire original trilogy, which just goes to show how bad the prequels really were.

Unfortunately, that’s sort of the problem here. I would almost argue that this score shouldn’t even be eligible, because really, it’s not original. Oh sure, there are original tracks (I’d wager 17 of the 20 would qualify), but even those are variations on a theme. The music bed of the franchise is well-worn, and even in this “new” (air quotes) form, it’s still highly reminiscent of the original, if not outright derivative. In fact, many of the new tracks borrow heavily from the famous violin cue from the first film, when Luke stares out towards Tattooine’s twin suns. It’s still wonderful, but we’ve literally heard this song before. Carter Burwell – Three Billboards Outside Ebbing, Missouri
His name may not sound the most familiar, but he’s done a ton of great work over the course of his career. He’s composed the score for all of the Coen Brothers’ films, as well as several from Spike Jonze, and of course, all three of Martin McDonagh’s. Amazingly, he’s only been nominated once before, for his work on Carol two years ago.

The soundtrack here is a split of catalog tracks of old country and southern rock songs, as well as original pieces. Giving the film the feel of a spaghetti western, he blends a fast-paced mandolin with the usual guitar, fiddle, and percussion style of heartland country. It works to surprising effect, as it helps to set the tone for the exact type of characters McDonagh employs in the rural dark comedy. I have to knock it slightly for relying too heavily on licensed music, though. Like I said, about half of it is original, so it pales a bit in comparison to the other nominees as far as total content. It’s still really well done, though.

Next up: It’s time to stop being polite and start being real with the Documentary Short category!

Join the conversation in the comments below? What scored the highest for you? When will I stop with the bad puns? Funny third question? Let me know!