As promised at the end of this year’s Oscar coverage, I’m going to start doing a (hopefully) regular feature where I just talk about something random in the movie world. I call it “Back Row Thoughts,” because I’m the idiot in the back row. This space may be used for bloc reviews, lists, general musings, or specific praises and gripes. I’ll try to keep them relatively short as well. No need to read a novel in the middle of the week.

For this first edition, I’m going to offer some clarification on two items relating to this blog. The first is a call for recommendations. I wasn’t kidding in the very first post – as well as the tags on every review – I take requests. If there’s a movie you think I should see and review, say so in the comments. In almost every case, I’ll cater to my audience, however small it is at the moment (hopefully it’ll expand). If this blog ever really takes off, I’ll even include weekly polls for new releases so the readers can vote on which films I prioritize. So again, please, reach out if you want a critique of something.

However, there are exceptions to every rule, and this brings us to the second, and more verbose, item. For the bulk of my adult life, I have lived by what I dub, “The Remake Rule.” Simply stated, if I know a film is a remake or reboot, I will not watch it unless given a compelling reason. I feel I have to say this now, as my girlfriend has threatened multiple times to “request” that I see/review the upcoming Ocean’s 8, which is an all-female reboot/sequel to a sequel to a sequel to a remake. I won’t say no to it, but I need a reason. And as much as I love my girlfriend, that’s not enough to make me sit through what looks to be two hours of Sandra Bullock-induced torture.

And as I said, there are exceptions. The Remake Rule is not ironclad. It’s just a strong guideline. Mostly, this is because remakes and reboots are for the most part lazy, uninspired, recycled Hollywood trash. For every Maltese Falcon there are a hundred Nicolas Cage Wicker Man movies with bee memes. The majority of these movies are cynical cash grabs relying on an audience too ignorant to know better. They require almost no effort from the above-the-line crew, and even less from the cast. They’re pumped out by the studios purely to make money, and a lot of the creative minds behind them are doing them as favors or as a quid pro quo to get funding for the films they actually want to do. I mean, for God’s sake we’re supposedly waiting with bated breath for the “live-action” remake of The Lion King, which can’t possibly be live-action because there are no human characters. So yeah, for the most part, I avoid them like the cinematic plague of locusts they are.

That said, I do find myself drawn to them on occasion, when given good reason. For example, last year I watched The Beguiled, a remake of a Clint Eastwood movie from the 1970s. Normally I would have avoided it knowing this, and honestly, when I saw the trailers, I thought it would be shitty. So why did I see it? Because at the Cannes Film Festival, Sofia Coppola won Best Director. Even if I’m not enthused by the subject matter or the fact that it’s a remake, this counts as a compelling reason to see a movie. Now, as I feared, it ended up being pretty shitty. Out of the 85 films I saw last year, I ranked it 82, just ahead of A Quiet Passion, The Boss Baby, and Beauty and the Beast (remember what I said about cynical cash grabs?). So yeah, it sucked, but there was still a good reason to see it. 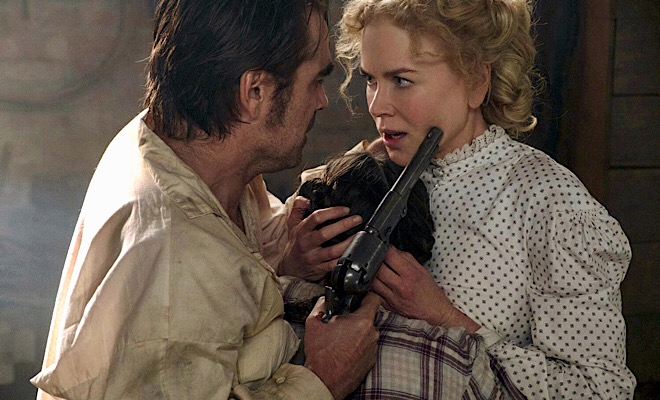 There are a few other reasons I’ll see something that violates The Remake Rule. For example, if something is nominated for a major award. I saw Beauty and the Beast because I knew it would get a nod for Costume Design, because most of the Disney live-action remakes do. I saw War for the Planet of the Apes, the third film in a reboot trilogy, because of its Visual Effects nomination, and it turned out to be pretty good. Most famously, the Coen Brothers remade True Grit a few years ago, and picked up a slew of nominations, including Best Picture. Even without those nods, I still would have seen it, because Joel and Ethan Coen are auteurs who have earned that kind of deference.

Similarly, I’m binging the Marvel Cinematic Universe right now in anticipation of Avengers: Infinity War coming out later this month. As such, I’ve already seen 2008’s The Incredible Hulk, which was a reboot of the awful Hulk from Ang Lee. Later on, I’ll be watching Spider-man: Homecoming, a second reboot of that franchise to bring the web-slinger into the MCU. I didn’t watch either Amazing Spider-man movie because they were cheap reboots. I need to watch this one, just like Ed Norton’s turn as the Hulk, because it grants context to all the crossovers within the MCU, and will make Infinity War that much easier to understand. So yeah, there are exceptions to every rule.

So, to sum up, send me your requests. I’ll see them if I can. But if you want me to see a remake or reboot, you’d better give me a good reason. And with apologies to my girlfriend, “I wanna” isn’t good enough.

Join the conversation in the comments below! What film should I review next? Seriously, give me something! My girlfriend has already read this and is threatening to find a good reason to make me watch Ocean’s!

4 thoughts on “Back Row Thoughts – Recommendations and Remakes”