My apologies for not updating over the last couple of weeks. I’m in the middle of a new assignment which has required long hours, so not only do I have limited time to write, but there’s less and less time to actually see new movies. There are two new reviews coming this week, but in the meantime, I thought it’d do well to tide things over with some more quickie documentary reviews for films not likely to appear in your local theatre. We’re midway through September, and with the Emmys taking place tomorrow night, we can officially declare Awards Season underway. Given the accessibility of documentaries, we might actually be able to knock a couple potential nominees out of the way here before we get the official Academy short list in December. So let’s have at it. 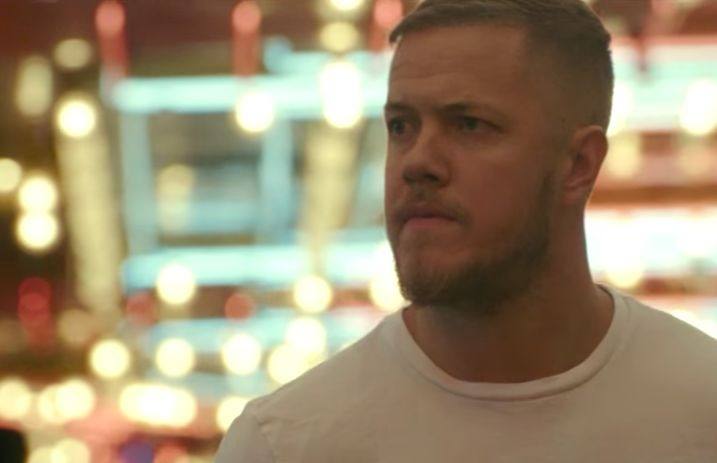 Debuting on HBO earlier this summer, Believer follows Dan Reynolds, the lead singer of the popular band Imagine Dragons, as he organizes the Love Loud music festival in 2017. Taking place in his home state of Utah, Reynolds puts the concert together in support of LGBTQ Mormons, who have historically been ostracized by the Church. Reynolds, having grown up in the LDS church, has witnessed what it has done to its gay youth, driving a large number of them to suicide.

He’s joined in this endeavor by Tyler Glenn, the lead singer for Neon Trees, himself a gay Mormon. The concert is a logistical nightmare, but eventually a success, as the Church acquiesces and gives their approval for the festival, only to parrot the same anti-gay talking points as soon as it’s over.

The effort is a noble one, as is this film documenting it, but eventually it’s all an exercise in futility, and not just because the Church, surprise surprise, didn’t change its bigoted ways. The core issue is that while people like Dan Reynolds and Tyler Glenn have good intentions, they never once consider the most logical response – leave the Church. Despite everything they do, despite being given every reason to leave for the sake of their lives and their family, they still default to staying in the Church and trying in vain to change it from within. Even if you still have faith, how hard is it to just form your own church where gays aren’t persecuted?

Plus, the movie started with that horrible “Thunder” song, and really just made me yearn for a new Neon Trees album.

Robin Williams: Come Inside My Mind

Four years ago, Robin Williams, arguably the greatest comic mind of the 20th century, committed suicide. Come Inside My Mind is a standard issue biographical documentary from HBO, but it’s rich and wonderful because of the subject matter. It’s always nice to trace the career of a legend, and to get insights from those he knew and loved.

What sets this apart is the way they integrate Williams himself into the picture. Interspersed throughout the proceedings are interviews with Williams himself, placed properly along his life chronology. He even narrates his own childhood to a certain extent. It’s as if Robin Williams is an active speaker of his own eulogy.

Beyond that, there’s nothing truly groundbreaking or special about the film. But for fuck’s sake, it’s Robin Williams! Even when you know the tragic ending, you’re still laughing. It also serves as a poignant reminder that the tears of a clown are real, and that art is truly born from pain. Rather than hold a benefit concert so that you can reconcile with the institutions who torture you for simply being who you are, this film is actually constructive when dealing with suicide, because it makes sure to focus on the story behind the victim, not the people who drove him to it.

I try not to be too political on here. Most of the time I try to limit myself to one-liners and allusions. And despite my personal views, I believe that for the most part we can set aside our differences and get along.

Except when it comes to Trump.

The evidence has been right in front of our faces from the very beginning. The indictments are mounting, the money is being followed, and now even Paul Manafort has flipped. At this point, the odds that Donald Trump was legitimately elected are very low, and the odds that he himself was not personally involved even lower.

Jack Bryan’s new film, Active Measures (so named for the Russian term for ongoing espionage operations), goes to painstaking lengths to lay the evidence bare, even though it’s been in plain sight pretty much the whole time. It’s in limited release theatrically right now, but your best bet is to rent or buy on iTunes. Honestly the most surprising assertion in the movie is that the Russian manipulation of Trump may have been going on since the 1980s.

For those chomping at the bit to call Bryan a partisan hack, well, fuck off. Bryan does more than his due diligence to bring in strong, factual arguments from both sides of the aisle, chiefly from Evan McMullin and the late Senator John McCain. Honestly, the film preaches to the choir, and doesn’t tell us much that we don’t already know, and that’s the problem.

We all know what’s going on (apart from those who are vehemently ignorant), but what will be the end result? Will we have the courage to see what’s staring us in the face and act accordingly? Sadly, based on all three of these documentaries, the answer is probably no.

Join the conversation in the comments below! What film should I review next? What documentaries are you looking forward to? Do you think I’m a snowflake despite the fact that you might be supporting a man who cries like a bitch on Twitter whenever he doesn’t get his way? Let me know!

One thought on “Back Row Thoughts: More Docs in the Stream”