As Awards Season kicks itself into high gear, there’s an overwhelming glut of movies to watch, especially now, in the age of streaming services. Filmmakers and content creators from all over the world have more outlets than ever to get their work to the masses, and into consideration for the industry’s highest honors.

It’s in that vein that we’ll take a look at three films recently released on Netflix, and all shortlisted in at least one Oscar category. The reviews will be relatively short compared with the full-length ones, but as usual, that doesn’t mean the movies should be taken any less seriously. This is just a simplification because the main purpose of this blog is to decide whether or not to pay money to see a movie in theatres. If you already have Netflix, you can watch these anytime, and for the purposes of the Academy Awards, I’d recommend at least watching for the potentially-nominated elements. 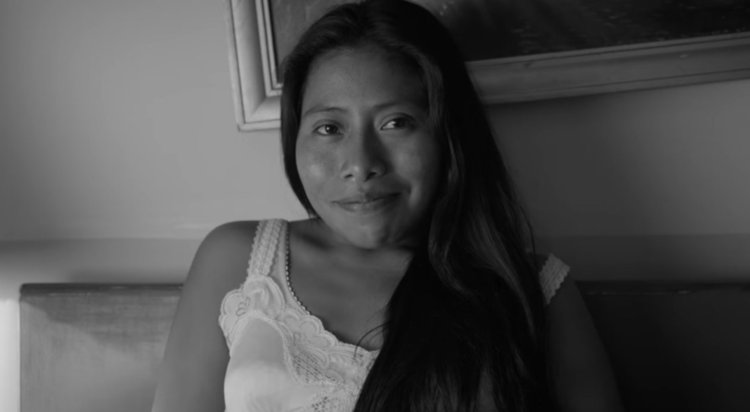 Roma
Shortlisted Category – Foreign Language
Alfonso Cuarón’s latest work is a deeply personal ode to the housekeeper who had a large role in his upbringing. The film won the Golden Lion at the Venice Film festival, and is up for three Golden Globes. It has so much buzz that Cuarón was not content to only submit it on Mexico’s behalf for Foreign Language (where it is largely considered the front-runner), but to also put it up for the general ballot with the Academy, where the film could earn any number of accolades.

The story is fairly straightforward, centering on the life of Cleo (Yalitza Aparicio), the live-in housekeeper for an upper middle class family in Mexico City (the film’s title referring to the neighborhood of the city where it takes place), set against the backdrop of civil unrest in the 1970s. She is a de facto member of the family, helping to raise four children, as well as caring for the wife and grandmother of the household. Aparicio’s performance is muted, yet very empathetic, and it’s clear that she’s always trying to make the best of any given situation.

Where the film really shines is in the cinematography, which Cuarón handled himself this time. While the black and white aesthetic choice didn’t really work for me, the framing was amazing. Cleo is almost always in dead center of the shot, either framed in a static wide shot or followed by a slow-moving dolly or panoramic zooms. Whenever she’s not in frame, we are given a glimpse of the larger world she inhabits, which is sometimes beautiful, and sometimes devastating. Cuarón works some great angles when it comes to visual metaphor and foreshadowing. For example, the family dog lives in the house’s garage, and as such is always shitting on the floor, which Cleo constantly has to sweep and mop up. It’s an obvious symbol of her station in life, but where it sings is in the initial presentation. The film opens with a static shot of a circular drain on the floor, with soapy water flowing to it before eventually revealing the cleaning task at hand. To the audience, it looks like the tide coming in, small waves flowing on tile. This is a very early clue to the film’s climax, and it works wonders.

Despite the Netflix release, apparently Cuarón intended a very specific surround sound design, which is why the film got a limited theatrical release beyond the week that was required for Academy eligibility. A local theatre to me had one of its rooms remodeled with an entirely new speaker system to accommodate this. I stuck to Netflix, but if you happen to see it in a theatre, let me know if there’s a noticeable difference in the sound experience.

Dumplin’
Shortlisted Category – Original Song
I’ll be honest, I didn’t really care for this one. Based on a book by Julie Murphy (who has a cameo), the story revolves around Willowdean Dickson, an overweight teenage girl played by Danielle Macdonald, resentful of her mother (Jennifer Aniston) because of her part in the small Texas town’s local obsession with beauty pageants. Will, as she’s called, grew up with a much stronger rapport with her aunt Lucy (Hilliary Begley), who looked more like her. Aunt Lucy taught her self-confidence, introduced Will to her best friend Ellen (Odeya Rush of Goosebumps), and instilled a lifelong love of the music of Dolly Parton before passing away. The story is your basic coming-of-age tale set against the backdrop of Will and her offbeat friends entering the local pageant to spite her mom, discovering their own self worth along the way.

The film has some decent moments, particularly the girls getting “adopted” by a local drag bar, led by an inspired performance from Harold Perrineau (Michael from LOST). But for the most part, the film didn’t have that big an impact on me. Structurally, it played like a more serious version of Drop Dead Gorgeous or Miss Congeniality, with all the plot and emotional beats being completely predictable. And also, while I understand her inclusion, especially for the shortlisted song, “Girl in the Movies,” Dolly Parton seems like an odd idol choice. She does promote empowerment, but if you’re looking for body positivity, why choose someone who’s had more plastic surgeries than birthdays?

As for the song itself, it’s alright. It plays during the credits, so there’s really no in-film context by which to judge this. It’s been nominated for a Golden Globe and a Critics’ Choice Award, so it’s highly likely it’ll get a nod for the Oscars as well. It’s a perfectly adequate finish to a perfectly adequate film that will ultimately be forgettable. 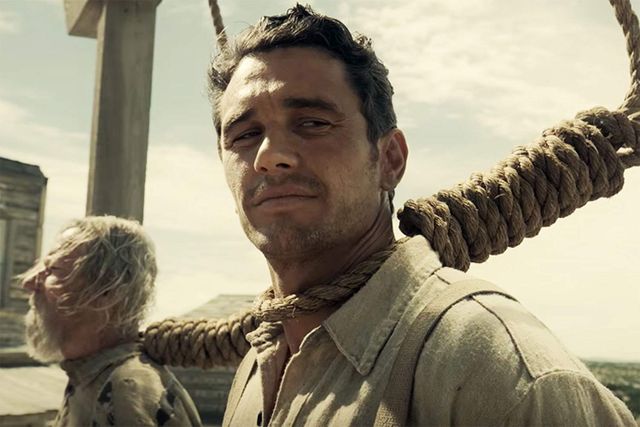 The Ballad of Buster Scruggs
Shortlisted Categories – Original Score, Original Song
The final film in this mini-bloc is an anthology western film comprising six thematically similar vignettes, written, produced, and directed by Joel and Ethan Coen. It has all the earmarks of a Coen Brothers film, including dark humor, biting dialogue, and esoteric insights on the human condition. But what really makes this a fun film is the performances in each section. All of them are unique, and all of them are superb. It’s actually kind of a shame that this is an anthology film, as none of the lead actors is really on screen long enough to earn an acting nomination.

The six stories run the gamut from funny to tragic, hitting several grace points along the way. The film’s title is the first story, featuring an outlaw (Tim Blake Nelson) with a propensity for singing and quick shooting. The second, “Near Algodones,” features James Franco as an unlucky bank robber. “Meal Ticket” sees Liam Neeson play a sleazy traveling side show owner, who exploits a boy with no limbs (Harry Melling, aka Dudley Dursley) who can recite great speeches and monologues. “All Gold Canyon” features a masterful near-solo performance from the incomparable Tom Waits. Zoe Kazan, Bill Heck, and Grainger Hines headline “The Girl Who Got Rattled,” about a woman trying to get out of an arranged marriage on a wagon train. Finally, “The Mortal Remains,” (the one segment filmed in a studio rather than on location) treats us to a sort of combination “Canterbury Tales/Seventh Seal” conversation piece among five travelers in a carriage that never stops until it reaches its destination. This talk-heavy piece features some wonderful dialogue performed by Brendan Gleeson, Tyne Daly, Saul Rubinek, Jonjo O’Neill, and Chelcie Ross.

Each segment has its own unique story, each one paced precisely. There have been times when the Coens have been criticized for letting things linger a bit too long without really paying it off (Barton Fink comes to mind), but here, every vignette is exactly as long as it needs to be to tell its story properly and as succinctly as possible. The longest segment is “The Girl Who Got Rattled,” but it also has the most intricate plot and the largest cast, so it never once drags. The pacing is deliberately slower than the others, but that’s in service to the deliberate nature of the characters, and it all works to perfection.

As to the shortlisted categories, the music is just superb. Carter Burwell’s score aids every scene without becoming its own character, and Tim Blake Nelson’s ditties as the titular Buster Scruggs have that old west feel with a bit of modern flair. The shortlisted song, “When a Cowboy Trades His Spurs for Wings” is the perfect ending note to Scruggs’ story, and I sincerely hope it gets nominated.

Join the conversation in the comments below! Which of these films did you like best? Are you into Dolly Parton? If you had no arms and legs, would you recite the Gettysburg Address for money? Let me know!

6 thoughts on “Back Row Thoughts: Chillin’ with Netflix”