This year marks a return to form in the Sound categories. Almost every year there ends up being four films nominated in both fields, along with one outlier. Sometimes you get a 3/2 split, but that’s a bit of a rarity. Last year had it’s own bit of uncommon happenstance with the two categories having an identical list. Both awards went to Dunkirk.

Usually when there is an outlier in each of the Sound Rounds, it doesn’t win. If anything, it’s typically the first one you can eliminate, as the average Academy voter doesn’t really know the difference between Sound Editing (sound effects and design in post) and Sound Mixing (live on-set sounds). If a film is up for one but not the other, it must be inferior, so sayeth the philistine. But this year may be different, as the outlier is arguably the best in the field, and given the Awards Season trend of rewarding crowd favorites, it might even be a shoe-in.

This year’s nominees for Sound Editing are: 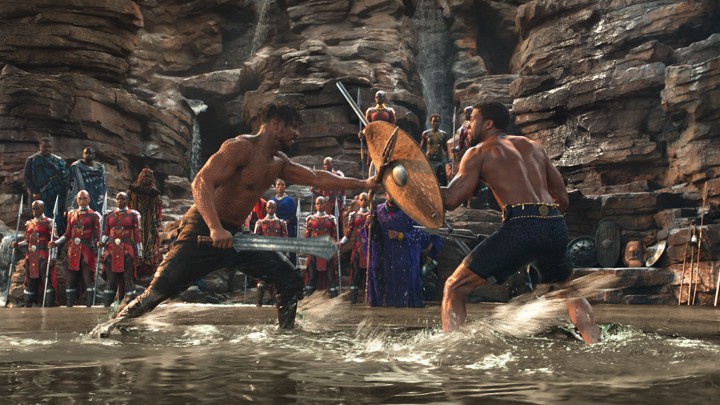 Benjamin A. Burtt and Steve Boeddeker – Black Panther
It can be somewhat hard to parse the sound quality in a comic book movie, as a lot of the effects can be written off as just a bunch of noises and explosions. And while it does contain some of that incoherent mush, Black Panther also has a few notable effects that work in small doses. In particular, I’m thinking about the mix of water with the other elements during the two fights on the falls to determine Wakanda’s king. Not only are the actors splashing around, but they’re also playing instruments, and of course, the combatants are landing blows with weapons and fist, all while a waterfall flows in the background. That’s a lot of layers to work with, and the balance is very well executed. Also, given the feline nature of the titular hero, the claw sounds during battle and other action sequences are really cool.

John Warhurst and Nina Hartstone – Bohemian Rhapsody
The sound design in this film is 100% down to the incorporation of the music. As such, the element to judge in this category is the creation of that very music. The best example is the montage of the title song. The swinging microphones, the crowding in a single booth to mimic the diamond formation in the music video, the repeated takes, it’s all great. Not only does it make for an engaging scene, it also gives the audience a look at the expert-level process needed to produce rock music. Makes the whole “pressing space bar on a MacBook” thing all the more depressing, huh?

Ai-Ling Lee and Mildred Iatrou Morgan – First Man
The ability to engage with and enjoy First Man is dependent on the “first-hand” experience of the nascent space program. You had to feel like you were in the cockpit with Ryan Gosling as Neil Armstrong, along with the other astronauts, several of whom met their end in the attempt to get to the Moon. The dramatic tension becomes visceral because of the sound effects. Every groan of metal under the strain of rocket engines, every rattle of a frame as the pilots pull insane Gs, they’re all crucial to the audience’s ability to connect with the story beyond historical nostalgia and admiration for Armstrong. And it works. My God does it ever work. I’m a bit pissed that First Man got relegated to the tech categories only, but this is one where it would be more than worthy as a winner. 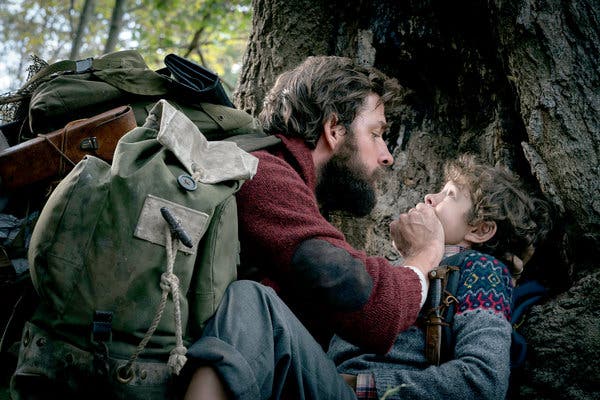 Ethan Van der Ryn and Erik Aadahl – A Quiet Place
No movie depended more on sound design last year than John Krasinki’s thriller, A Quiet Place. Setting tone and suspense on the conceit of silence was a very bold creative choice that paid massive dividends. Hell, this is the movie that finally got people to shut up in the theatre, to whisper apologies when the sound of opening their candy was too loud. That’s a feat in and of itself. Is it worthy of an Oscar, though? I say yes, because Sound Editing is not just sound effects, but overall sound design. The entire film, even from a visual standpoint, is set around that design. It wasn’t just about being quiet, it was about walking on sand to be as quiet as possible. It was the elevated sound of the space shuttle toy that doomed a toddler in the film’s opening moments. It was any number of things, all deliberate, to create this horrifying ambiance, and it was near-perfect. Normally as the outlier between the two Sound categories, you’re not expected to win, but here it makes sense. Sound Mixing has a lot to do with balancing live sound and dialogue on set, but in a film that’s mostly silent, that’s a lot harder to get across than the Sound Editing. So not only is this outlier nomination appropriate, a victory here could potentially educate the masses on the difference in artforms.

Sergio Díaz and Skip Lievsay – Roma
As I mentioned in my review of the film, I had heard that there was a specific sound system design in mind for the film when it was screened in theatres for Academy eligibility. In fact, one of the auditoriums at the Landmark in Los Angeles was completely refitted to accommodate. I didn’t see the film in that auditorium, but rather on Netflix, which is the main avenue for its distribution. By its nature, the film focuses almost entirely on Cleo and her reactions to the goings-on around her. As such, the sound design manifests itself via disparate elements entering and exiting her circle of consciousness. A broken glass from the dining room, a marching band and protesters outside her house, a car engine backfiring to sound like a gunshot juxtaposed with actual gunshots. Those are the delicate touches of sound design for this film, and while they may not be the marquee element of the film, they are certainly handled well.

Next up: Put on your pretty pretty dress and breakdance for the queen! It’s Costume Design time!

Join the conversation in the comments below! Which film do you want to win? What sound effects jumped out to you the most? Have you ever stopped to think how noisy sand really is? Let me know!