Just like the Documentary branch of the Academy seems to have a seething vendetta against films that engage with mass audiences, so to do the Foreign Language voters seem to have an innate bias against one particular country.

South Korea has been submitting off and on in this category since 1962, with 30 films put forward by their government. It’s one of the richest and most beloved centers for film in the world. It’s arguably the fifth biggest cinema nation, behind the US, UK, Japan, and India, in terms of output and artistic merit.

And yet, no film from South Korea has ever been nominated for the Oscar for Foreign Language. In fact, this year’s submission, Burning, is the first Korean film to even make the shortlist. It’s an absolute crime, considering the plethora of great movies to come out of the country, to the point that the nation’s selection each year is an actual contest. Brilliant films like A Tale of Two Sisters, The Handmaiden, and last year’s adorable Okja didn’t even get submitted. It’s a testament to the quality of South Korea’s cinema, and yet it’s never been given due recognition by the Academy.

It’s especially jarring this year, when several film sites have included Burning among the best overall films of the year. In fact The A.V. Club named it the literal best movie of 2018. Also, given the fact that three of the nominees in this year’s field are also nominated in other categories, you would think that the voters were much more attuned to the high quality of foreign films when a film like Burning is staring them right in the face.

That said, I do concede that it wouldn’t get my vote. I just think it should have been nominated, because I saw seven of the nine shortlisted films, and it was certainly in the top 5. Oh well, griping over, time for the business at hand.

This year’s nominees for Foreign Language are: Capernaum (Lebanon) – Nadine Lubaki
The success of the film relies almost entirely on the heart-wrenching leading performance of Zain Al Reefa as Zain, a young boy living in abject poverty because his parents continue to procreate without providing for the children they already have. After stabbing a man and being sent to prison as a juvenile, Zain sues his parents to prevent them from having any more children.

His plight centers on his desire to protect those few people he can really think of as true family, namely his sister Sahar and his adopted baby brother Yonas, who he begins taking care of after falling in with Yonas’ immigrant mother. Along with that, he is representative of children everywhere who feel they are voiceless, because in the eyes of his government, he technically doesn’t exist, his negligent parents having not even bothered to have a birth certificate made. The performance elevates what could be reductively described as a story with just a bunch of downers and sadness to a compelling character study and an earnest tale of hope in even the darkest of places. Tomasz Kot and Joanna Kulig are electrifying together, with Kulig oozing sexuality with every movement of her hips and lips. The multiple performances of a love ballad in varying styles, from folk to jazz, shows an evolution of the characters and their passion, and it works to great effect. The backdrop of the Soviet occupation of Poland and Stalin’s propaganda machine works wonders to inform the urgency of the romance as well.

Never Look Away (Germany) – Florian Henckel von Donnersmarck
Another love story set in a Soviet-occupied land, Never Look Away is an epic story of love and art in East Germany, based on the life of Gerhard Richter, one of the must successful living artists. The film is poetic in its depiction of the creative process, and in the ways that even the slightest coincidences can cause ripple effects.

The performances are superlative, and the story wonderfully heartfelt. But more than that, the film is noteworthy for two major reasons. One is that there is an incredible amount of Nazi imagery in the story, which is significant because Germany is very strict on the usage of such symbols. Two, for a film that’s over three hours, it’s amazingly well-paced. It felt like a normal feature-length film, whereas I could name several other movies I saw for 2018 that were normal length that felt two or three times longer. It’s an odd thing to harp on when I’m judging an Oscar category, but sometimes something as simple as keeping an audience engaged for three hours is more than enough. 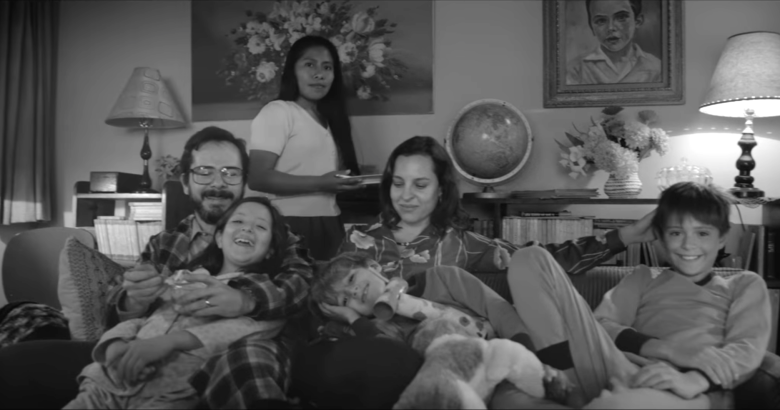 Roma (Mexico) – Alfonso Cuarón
Conventional wisdom would say that this is the front-runner for the award, and not just because the director is untouchable in Hollywood. There was an aggressive campaign for this film, resulting in it tying The Favourite with the most Oscar nominations at 10. It’s the first foreign film nominated for Best Picture since Amour, and is possibly the most nominated foreign film of all time. The only thing that doesn’t make this a lock is the fact that Cold War and Never Look Away are also nominated in multiple categories, which I believe is unprecedented (please correct me if I’m wrong, I’d be fascinated to know of another case where multiple foreign films got multiple nods, especially if it happened in the modern era).

As it stands, I think the movie is a bit overhyped. It is a lovely film, and a deeply personal story for Cuarón. But honestly, a lot of the movie’s quality is down to the cinematography, for which it is also nominated and could very easily win. There are some truly heartbreaking moments in the film, and the backdrop of the student riots in Mexico City provides a chilling context to the limited events of the film. Still, there’s a lot of charm, particularly when Cleo and one young child lie out on the roof and pretend to be dead, and I really enjoyed it, but I don’t think it’s the best of this pack.

Shoplifters (Japan) – Hirokazu Kore-eda
This heartwarming tale of a poor group of petty criminals formed into a family of their own choosing is, to me, the best of all worlds for the movies in this field. It has the tragic depiction of abject poverty from Capernaum, frank discussions of sexuality like in Cold War, romance in the face of legal jeopardy like Never Look Away, and a loving testament to the family we choose outside of blood like Roma. It’s a wonderful combination of all the greatest elements of the other nominees, and goes beyond them to create one of the best overall films of 2018.

Led by Lily Franky and Sakura Ando, the incredible ensemble cast is a finely-tuned machine of choreographed thievery and gorgeous displays of human decency. The care with which they pull off their heists is literal poetry in motion. And the way the group comes together to save young Yuri from her abusive parents is touching in the extreme. There’s a reason this film won the Palme d’Or at Cannes and was a rousing commercial success in Japan. It’s the rare kind of film that has a universally accessible story that shows the joy in even the most horrible circumstances of life, and is a loving ode to our better angels.

All of these films are very good, and like I said, Burning should be in the mix, but for me the choice is clear.

Next up: It looks like a two-horse race between a previous winner and a character performance for the ages, especially since Timothée Chalamet got snubbed. It’s Best Supporting Actor!

Join the conversation in the comments below! What movie gets your vote? What foreign films do you like best? Seriously, why can’t South Korea get any love? Let me know!