I’m always a bit conflicted on this category. Traditionally, this is the most glamorous award handed out on Oscar Night, as the anticipation is almost as high to see what the winner is wearing as it is to learn who the winner will actually be. It’s kind of sexist in a way, because the dress matters just as much in viewers’ eyes as the actual caliber of the performance.

For me, though, the real problem is predictability, which is only good in the theme song to Full House. There was a time when this was the most highly anticipated award outside of Best Picture. But nowadays it’s more of a slog to predetermined outcome rather than a moment of pure excitement and joy. Really, nine of the last 10 winners in this category were pretty much decided long beforehand, with the last legit contest being between Meryl Streep for The Iron Lady vs. Viola Davis for The Help. Streep ended up winning that one, and Davis got her apology Oscar a few years later. For the last true surprise in Best Actress, you have to go back more than a decade to Marion Cotillard winning for La Vie en Rose, upsetting the presumed duel between Cate Blanchett and Ellen Page.

This year there at least looks to be a genuine competition, with two front-runners. We could also have a legit upset from one of the two newcomers. I still think we’re heading for an assumed outcome, but for the first time in a while, there’s at least SOME intrigue.

This year’s nominees for Best Actress are: 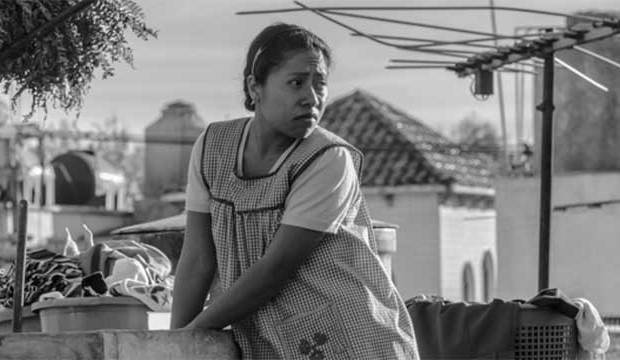 Yalitza Aparicio – Roma
This nomination comes way out of left field. No matter what happens, she gets to hold the distinction as the first indigenous woman to be nominated for the prize, and only the second Mexican overall (the other being Salma Hayek in Frida). She has no formal training as an actress, and in fact holds her degree in early childhood education. This is her first film role of any kind, and now she’s up for the highest prize there is, despite the fact that the closest thing she got to a major nomination before the Oscars was for the Critics’ Choice Award. This is clearly a sweep-up nomination in the Academy’s heavy-handed lauding of Roma.

That said, is this a worthy performance? Sort of. She’s the lead in one of the most prestigious films of 2018, and as Cleo she often conveys a lot of the story while saying very little, which is a vital skill few actors have. As the literal focal point of the entire film, a lot depends on her ability to react to everything going on around her while still commanding the attention she gets from the camera. To a large extent, she succeeds, but I think that’s more down to Alfonso Cuarón’s artistic vision than Aparicio’s performance. She’s good and functional, and given that this story is about one of Cuarón’s loved ones, she certainly had to have some sort of X-factor that told him she was the one. But I didn’t see anything that really spoke to me as her deserving an Oscar for a very serviceable first outing.

Glenn Close – The Wife
Glenn Close gave arguably the finest performance of her career in The Wife, with the slow realization of her actual skills and contributions informing her character and the devolving story. While she has the “Oscar Clip” monologues that every major performance has, she says so much more with her eyes than she does through her dialogue.

However, I’m not sold on whether or not she should win. This feels more and more like a “Lifetime Achievement” Oscar. She’s been nominated before, but hasn’t gotten the win, so this film was basically orchestrated to showcase her and win her the award that her body of work has certainly earned over the years. So far, she’s gotten the Drama Golden Globe and the SAG award. The BAFTAs will be very interesting. If she wins that one, she’s all but guaranteed to win the Oscar, and this entire analysis will have been an exercise in futility. If our next nominee wins, then we have some legit suspense.

Olivia Colman – The Favourite
I’ve been a fan of Olivia Colman for over a decade. She hasn’t made the biggest splash stateside, but she’s been omnipresent in the UK for quite a while. She’s won multiple Golden Globes and BAFTAs for her TV work overseas, where she has incredible range, doing everything from sketch comedy (search “Numberwang” on YouTube after you’re done reading this) to serious dramas like Broadchurch, which is a series I absolutely love. I started watching the show for David Tennant, but I stayed because of Colman and Jodie Whittaker, now serving as the lead in Doctor Who. As far as films, my first exposure to her was in the Edgar Wright comedy Hot Fuzz, and then later working with Yorgos Lanthimos in The Lobster.

As Queen Anne, Colman gives an incredible performance. Her obsessions with status, her violent mood swings, her self-absorption, and her unbridled sexuality led the way in turning what could have been just a stodgy period costume film into one of the best farces in recent years. She’s equal parts outrageously hilarious (take for example her yelling at a doorman to look at her and then not look at her) and surprisingly sympathetic (evidenced by the rabbits representing her dead children). Queen Anne, or at least this version of her, demanded a performance with an almost bipolar degree of dramatic and comedic range, and Colman had it in spades. I fear she might be punished by some voters for being “too British,” whereas Glenn Close is All-American, but I hope she can overcome it, because her performance was hands down the best of 2018 regardless of the size of the role or the gender of the performer. 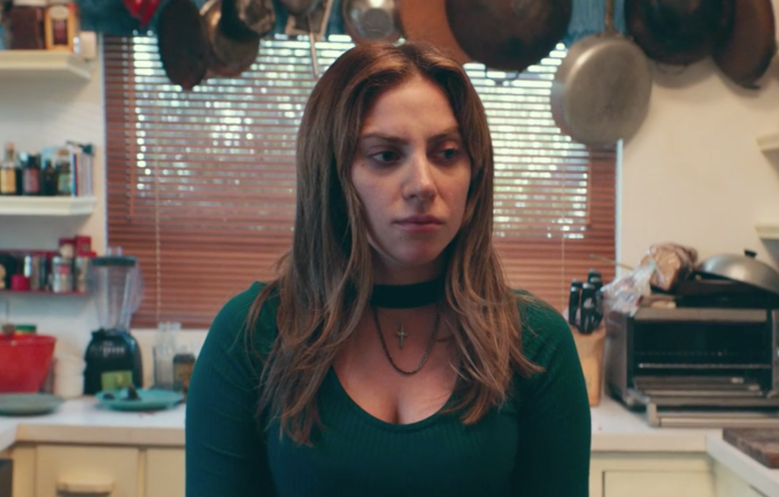 Lady Gaga – A Star is Born
Strictly speaking, she’s also a newcomer like Aparicio, in that this is her first major film role outside of concert films and cameos. There’s even something poetic about the idea of her winning, as the first two versions of A Star is Born has the ingenue winning the Best Actress Oscar as the signpost moment where the wife’s rising star overtakes her husband’s falling one. In this version, she wins the Best New Artist Grammy instead, which is more Gaga’s wheelhouse, and if Judy Garland couldn’t win Best Actress, there honestly ought to be a lifetime ban for anyone else associated with this string of remakes, but that’s just me.

As Ally, Gaga does a fine job. It’s hard to separate artist from craft in this case, as there are elements of Gaga’s career arc within Ally’s character, but there are also moments that are completely contrary to what she’s done in real life. For example, while performing at a music festival, Ally is given a few sexy backup dancers because her unscrupulous manager wants to make her into a pop princess. She dismisses the dancers and performs on her own. Gaga would not only have embraced the dancers, she would have asked for more of them, and for them to perform simulated sex acts on stage, because that’s part of her persona, sexual openness bordering on exhibitionism. There’s nothing wrong with that at all, it just makes it hard to parse the story and the character with the real-life performer. Maybe that detracts a bit, I don’t know. But given how much love Remake #3 has gotten, it could be enough to spell an upset come Oscar Night. Melissa McCarthy – Can You Ever Forgive Me?
I was so, so happy at this performance, because I’ve known for a long time that Melissa McCarthy is a supremely talented comic actress. The sad part is that, ever since Bridesmaids, where she was nominated for Supporting Actress, the vast majority of her roles have just been turning her into a walking, talking fat joke. It’s as if her and Rebel Wilson are constantly fighting to be the female version of Chris Farley, which is sad enough on its face, but even worse when you’ve seen proof that McCarthy is better than that (Wilson I’m not sure about yet).

McCarthy certainly proves her mettle as Lee Israel. Aside from looking the part, she was able to perfectly portray the modern curmudgeonly cynic who just wants to make a living doing what they do best, the only thing they’re really suited to. There’s a large social aspect to the game that she doesn’t want to play, and in a true meritocracy she wouldn’t have to, and the more it works against you the more jaded you get. Trust me, I feel the pain on this front a LOT. And part of the reason this is such a great performance is because it puts an empathetic human face on the real-life struggle without ever really devolving into melodrama or self-parody. Throw in Richard E. Grant for some uproarious conversations and you’ve got a truly great performance.

Next up: The leading ladies step aside for those in waiting. It’s Best Supporting Actress!

Join the conversation in the comments below! Which performance do you think should win? If you could remove one of the nominees, who would you slot in their place? Did you think Cleo’s name was Roma for half the film, or was that just me? Let me know!