Up until about a couple days ago, my breakdown of this category had been rendered superfluous. In the never-ending shit show that this year’s ceremony has become, the Academy originally decided to relegate Cinematography, Film Editing, Live Action Short, and Makeup & Hairstyling to commercial breaks at Sunday’s Oscars. Never once anticipating that people watching an awards show might actually want to see people win awards, they were taken aback by the obvious-to-anyone-with-functioning-brain-cells backlash.

As such, the four categories are back in the show, and Heaven forfend, the ceremony will run over three hours for only the gajillionth time ever. The latest attempt to curtail the run time is to do away with all those non-famous people that have been used in recent years for cheap social media stunts, a la Ellen selfies and tour bus walkthroughs. I’m sure we as a society will recover. Mind you, it still leaves plenty of time for what appears to be several montages of famous non-movie people telling everyone what movies mean to them. The world holds its collective breath.

Anyway, all this boils down to two things. One, this year’s Oscar show is going to be the most scrutinized ever (and it’s probably going to suck donkey balls). Two, we can now discuss Cinematography (and later Live Action Short) with a degree of relevance. As far as the Uncancelled Four are concerned, this was likely the one category that could be fairly easily predicted.

Despite that, this is a somewhat historic year for the category, in that three Foreign Language films are nominated. This is only the third time in the last 10 years that any foreign film has been up, and this year we have three, which is pretty amazing. It may even be unprecedented. I wish I had more time to deep dive into the research to be sure. This is also the first time this century that two movies filmed in black and white have been nominated together. The result may be all but predetermined, but the actual class of nominees is very interesting indeed.

This year’s nominees for Cinematography are:

Cold War – Lukasz Zal
Zal is previously nominated in this category, earning a nod for Ida, Pawel Pawlikowski’s last submission for Poland, which ended up winning Foreign Language. Like that past entry, this film is shot both in black and white and in a 4:3 aspect ratio. In both cases, there’s an artistic credibility to the decision, because it reflects technology available at the time of the films’ settings, i.e. mid-20th century.

But there’s an added touch that makes this film just that much more better. There’s a bit of camera syncopation when it comes to the various musical numbers. When Joanna Kulig is singing, the cinematography reflects her mood. If she’s singing a song that she cares about, particularly when she’s singing jazz, the camera is very close up, giving us an intimate (and at times erotic) connection to the music, as well as her feelings for Tomasz Kot. If she’s singing something anodyne or forced upon her by the Soviet regime (case in point the first performance of a pro-Stalin propaganda song), the camera retreats, providing physical distance as a symbol of the emotional distance she maintains from the material. Combined with the tight aspect ratio, it’s a very stark dichotomy.

The Favourite – Robbie Ryan
Beyond the sweeping, grandiose nature of any costume drama, where the camera crew has an embarrassment of riches when it comes to space (being, you know, in a castle and all), there are two major elements to Robbie Ryan’s work on The Favourite that really stand out. The first is the use of multiple lenses to play with scale and depth given the economy of space he had to work with. The best example I can think of is during the party scene, where the suddenly breakdancing fops are filmed on a dolly track with a wide-angle lens, so that the center of the frame is distorted and the focal characters seem much bigger than they are.

The second is the direction with which Ryan films the lead actors. The main characters are angled in the frame to align with their various character arcs. Queen Anne is often filmed from below, because you always look up to the monarch. She’s of the highest status. The only exceptions to this are when she’s in her wheelchair. Not only is she physically lower, but it’s often those moments when Abigail and Sarah try to manipulate her, so they figuratively look down on her while we in the audience literally do. The same mechanic applies to Abigail and Sarah. When either character is in a position to get the upper hand on the other in their rivalry, the one in the ascendancy is always photographed from the ground up, while the other is either on equal frame or lower, with the obvious exception of Abigail’s introduction to Sarah, as both are on the upswing in their various arcs at that time, and have not yet begun to challenge one another. Never Look Away – Caleb Deschanel
If the surname looks familiar, well, it should. Apart from being a world-renowned cinematographer, Caleb Deschanel is father to both Zooey and Emily. This is his sixth nomination in this category, so if there’s a chance at a “Lifetime Achievement” win, this is the likely candidate for this set. He’s been previously nominated for a wide variety of films, including The Right Stuff, The Natural, and The Passion of the Christ.

With Never Look Away, Deschanel is at his most artistic, because the subject matter demands it. As young Kurt develops his artistic style over the course of this insanely well-paced three hour epic, so too does Deschanel evolve his photography style to match. Early scenes where Kurt’s aunt enjoys “degenerate” art and nudity are framed like Renaissance nudes from the likes of Botticelli. When Kurt is forced to work in the realm of “socialist realism,” the camera is just as rigid as the propagandist demands. When Kurt finally gets to a more freeform school, the camera work also loosens up. And of course, once Kurt figures out his muse in the form of painting photographs, Deschanel’s camera work is as meticulous and deliberate as Kurt himself. It’s an amazing array of visual styles. 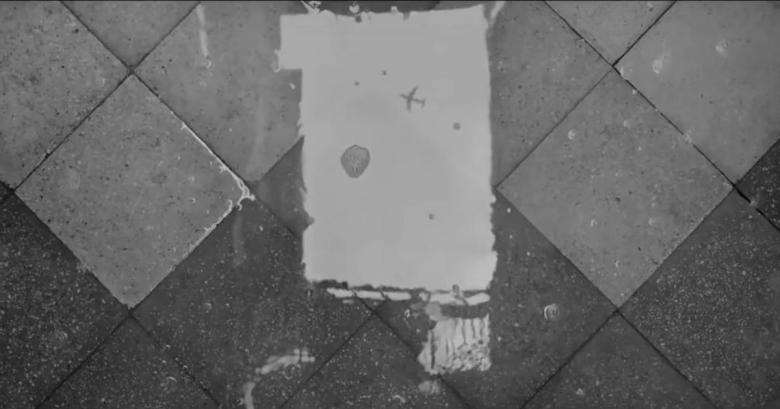 Roma – Alfonso Cuarón
I’ve said before that I think this film is overrated. It’s really good, but not “10 nominations including two left field acting nominations” good. But the one aspect that really shines, to the point that even the people I know who hate this film all agree, is the cinematography. I’ve spoken before about how the crux of the film is Cleo, and how Cuarón frames her in the center of the lens, allowing her to react to the world around her. For the most part, he only pans away from her when there’s something serious going on at the periphery to draw her attention.

But there’s one spectacular moment that’s outside the main effect that I’d like to explore, and that’s the opening shot of the film. Instead of focusing on Cleo, Cuarón instead points the camera to a tiled floor, slowly zooming out and panning down as water splashes in over and over again, like waves on the shoreline. A ceiling window reflects the sky upon the puddles. It’s such a lovely shot that transitions to the normal frame, revealing Cleo cleaning dog shit out of the family garage. Not only does it perfectly and artistically show us her station in life right from the off, but when you finish the movie, you realize that it was foreshadowing the film’s climax the whole time. It’s subtle touches like this that make Cuarón Hollywood royalty, and why it’s very possible he’ll hear his name called multiple times Sunday night. 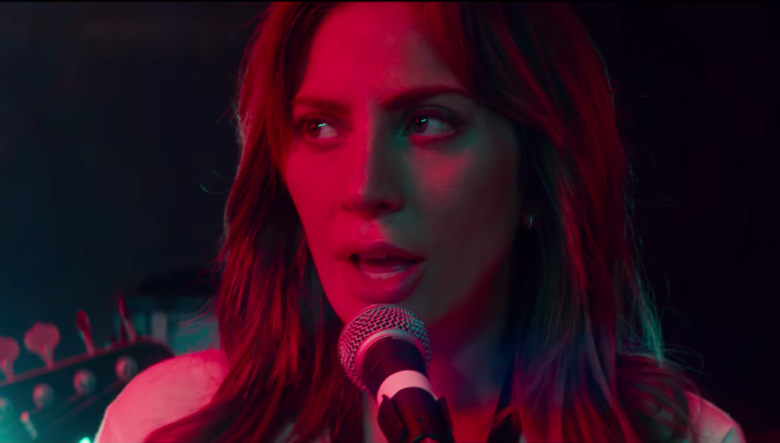 A Star is Born – Matthew Libatique
This is the second nomination for Libatique, who typically is known for his work with Darren Aronofsky. His previous nomination was for Black Swan. It’s a bit of a shift in tone to work on Bradley Cooper’s debut, not because he’s working with a first time director, but because the film is much lighter than his normal fare. It’s not all sunshine and roses, and his previous work does deal a lot with addiction (Requiem for a Dream among others), but this is a much more positive film than he typically does.

Most of the actual camera work is nothing all that exciting. The dialogue scenes are well-framed, and the concert footage is more than competent. What really stands out is the use of red when it comes to Lady Gaga’s Ally. Like the physical oranges in The Godfather, or like Spike Jonze’s use of red set pieces in Her, whenever a red light shines on Ally, something major is about to happen. The drag bar is bathed in red. The spotlights shines red when she takes the stage for “Shallow.” It just keeps on popping up. It’s a great visual cue, because if nothing else, if you were underwhelmed by the film, you at least knew when to pay attention. It also foreshadows the doomed nature of Ally and Jackson’s relationship, for those who hadn’t seen any of the previous three iterations of this movie.

Next up: We’ve got three categories left, and tomorrow we’ll finish up the technical awards with a look at the sets and artistic touches throughout the nominated films. It’s Production Design!

Join the conversation in the comments below! Which film gets your vote? Do you have a passion for camera work? Do you think Zooey or Emily is Caleb’s favorite child? Let me know!

One thought on “Oscar Gold 2019 – Cinematography”