The orchestral score of a film is one of the subtlest, yet most essential elements. Sometimes, if the composer is doing his or her job right, you don’t even notice it’s there, as it simply complements the action on the screen. At times, the perfect scene gets the perfect little bit of punctuation with a well-timed violin sting or a trill from a flute.

Of course, the exact opposite can also be true. There are film scores that are beyond iconic because they stick out, almost as if they’re an additional character. Think of films like Star Wars, E.T., Back to the Future, or Lawrence of Arabia. While all individually great on their own, the accompanying music helps to elevate them into a pantheon. A lot of that is down to one of our nominees this year, but John Williams is not the main attraction this time around.

That honor goes to Hildur Guðnadóttir, who banked a huge upset when she won the Golden Globe a few weeks ago. A professional cellist, her work on Joker is only her second credit as lead composer on a film score, and the first was the Sicario sequel. Yet there she was, competing against heavyweights of movie music and winning. We’ll see how she fares in a less youth and Hollywood-obsessed voting pool, but kudos all the same for even getting this far.

If you’re sitting there thinking to yourself that you don’t remember much of Joker‘s soundtrack except for the major moments (on the subway, escaping the police and joining the riots, etc.), you’re not the only one. While I applaud Hildur Guðnadóttir’s achievement, I couldn’t really put my finger on anything in the score.

That’s by design, as her roots as a cellist come to the fore. Much of the individual tracks and cues feature very low-register instrumentation like cellos and basses from the strings and groaning horns from the brass section, with a heavy dose of timpani from the back of the orchestra. The few times she does take things into a higher pitch are in those key moments, where you get some somber violin and viola, joined by the occasional trombone, clarinet, and some clanging metal percussion.

Musically, this doesn’t make for the strongest entry, as a lot of the tracks sound alike, a constant drone. But for the purposes of the film, it makes perfect sense, as the simmering grind of the instruments is right in line with the movie’s tone and central character. A lot of the score is all build-up with no climax, but that’s what the film is as well. Knowing the kind of villain the Joker is, much of the time we’re waiting for those brief moments when he finally snaps. In keeping with that, this may not be a memorable score, but it’s certainly appropriate.

Completely on the opposite end of the spectrum is Alexandre Desplat’s score for Little Women. It’s so thematically and tonally different from Joker that it’s almost jarring to hear them back to back.

With a focus on light strings and the higher end of the piano, Desplat emphasizes the high spirits of the March girls and everyone they encounter, with fast-paced, melodic keys tinkling like snow falling on field. Just about every character has their own appropriate theme, particularly Amy, which starts out very jauntily but also has some moments of reservation.

Much more than any other entry in this field, the soundtrack almost serves as its own character, with many of the individual tracks being instantly identifiable as companions to certain scenes. This is especially true for when Jo assembles her novel, Father March arrives home from the war, Amy nearly drowns in the lake, and for when Jo and Laurie dance on the porch. From an instrumental and arrangement perspective, a lot of the tracks are very similar, but because they play a much more active role in the film, they stand out. Now, I concede that I may only think this because of the five nominees, this is the only film I’ve seen twice, but I doubt that’s the only reason. 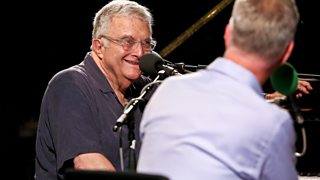 Of all the scores on this list, this is the most surprising that it got a nomination, because honestly, there’s not much here. The vast majority of the orchestral tracks are pretty standard Randy Newman, i.e. gentle piano, light violins, and the occasional flute. Each track lasts just about a minute, and you could honestly imagine Will Sasso’s impersonation of Newman going “Boop-a-doop-deep” throughout. And oddly, most of the cues are left hanging without a resolving note or chord. To tell the truth, the most memorable bits of music in the entire film were when Nicole and Charlie each do Sondheim showtunes late in the film, and those don’t count for our purposes here.

The one exception to this is the film’s opening, when Charlie and Nicole talk about all the things they love about one another. In an inspired take, Newman scores these three-minute segments with a wistful tone that’s unique to the character doing the narration, given the bi-coastal nature of their eventual conflict. Nicole’s ode to Charlie has a very Los Angeles vibe to it, with smooth, flowing violins, whereas Charlie’s note to Nicole begins with a New York clarinet that might as well be straight Gershwin. I’d almost call it a ripoff if it weren’t so clever. 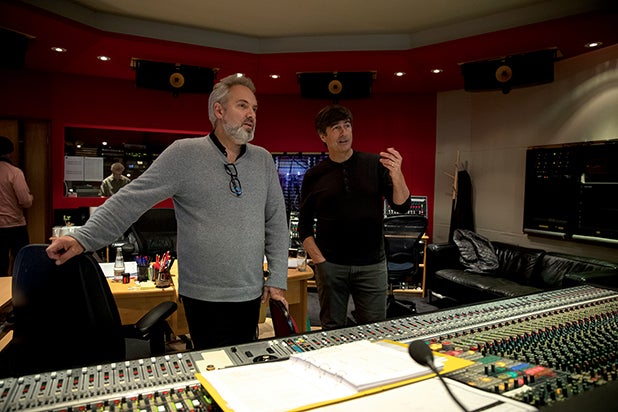 Like the film itself, the score for 1917 is all about continuous, never-ceasing tension. Because the film basically never stops along Blake and Schofield’s journey, so too must the music keep up with the travelers. For the most part, the soundtrack is all about building the suspense, with heavy percussion rising in both volume and tempo as the situation becomes more and more dire and dangerous. It’s meant to simulate and stimulate the manic beating of your heart and put you in the soldiers’ collective shoes. The few brief moments of respite in the film are met with soft, haunting strings.

This is also the second-longest score in the field (one minute behind Star Wars), again due to the need to keep up with the one-shot journey. Whereas the other entries have tracks that typically top out at around two minutes (and some are shorter than even one), there are cues on this score that routinely go six minutes or more. A track called “Milk,” which plays under the fateful scene at the abandoned farmhouse clocks in at a whopping 10 minutes. The entire soundtrack goes on for just over 75 minutes, more than half the running time of the film itself. Even if you’re just listening to the score, Sam Mendes and Thomas Newman want you to experience the marathon that is 1917. This is also part of the reason why I’m still confused about the film getting a screenplay nomination. The score does a lot more heavy lifting when it comes to conveying the emotion of the story than the script does.

Late last year I learned that John Williams’ son is the lead singer of the band Toto, and that he sang the theme song to the Gummi Bears Disney cartoon. None of this has anything to do with anything. I just felt that none of you could go on in life without this information. Also, what more can you say about John Williams scoring a Star Wars film that hasn’t literally already been said eight other times? He’s been nominated a whopping 53 times for the Oscar, including five wins, and this is his sixth nomination for this franchise (“Fuck the prequels!” screams the Academy… and everyone else).

Like most Williams scores, this is the most “classical” of the bunch, one that gives the impression of an actual symphony, with loud, booming brass and strings. Each track plays like a different movement, with various themes recalling each other (and previous films in the series) as things go on. This is technically the longest score in the bunch at 76 minutes, but I discount that number ever so slightly, because there’s at least 15 minutes of music that’s been recycled over and over again throughout the franchise. So while it is the longest, there’s less “original” in this score than 1917, which is just barely shorter overall.

Next up: We look at the truth, the whole truth, and nothing but the truth. It’s Documentary Feature!

Join the conversation in the comments below! Which score was your favorite? Should something else have been nominated? Is giving a nod to John Williams just an obligation at this point, like nominating Meryl Streep when she has more than 10 lines? Let me know!