Of all the technical categories, this might be my favorite, mostly because it’s the one I could basically never do. I mean, my days of high school A/V class and eventually college taught me a thing or two about how to operate a camera. Hell, I even worked for my school’s video department taping classes and lectures. But there’s just so much more to the art form of cinematography that I realized early on was beyond my grasp. Try as I might, I never could learn to distinguish lenses, or how to properly light a scene. So the dedicated craftsmen nominated in this category always have my admiration.

And let me tell you, this year’s field is no joke. Of the five nominees, we have two previous winners and one other who’s been given the nod multiple times. The other two are no slouches, either, frequent collaborators to their respective directors, forging the type of symbiotic relationship that great cameramen and filmmakers have, because the vision is nothing without the execution.

This year’s nominees for Cinematography are: This is Prieto’s third nomination, having previously been recognized for work on Brokeback Mountain and Silence. This is also his third time working with Martin Scorsese, going back to The Wolf of Wall Street. In addition to his absolutely beautiful ability to frame characters in a scene (see above), he’s an expert at presenting scope and scale to an audience, making the grandiose seem intimate, and vice versa.

With The Irishman, there are two moments that really stood out to me. The first is the opening sequence in Robert De Niro’s nursing home. Mimicking/homaging the famous sequence from Goodfellas, Prieto begins the film by giving us one long, unbroken shot throughout the facility as the workers and residents go about their daily business. But whereas the Goodfellas sequence was upbeat and set to pop music (“He’s a Rebel” if I recall), this time the one-shot take immediately sets a somber, dour mood, as the home clearly looks like a place where one comes to die, a sort of purgatorial waiting room for the afterlife, where people like De Niro’s character must take stock of their existence, which is what he eventually does in telling the story.

The second is one of my favorite “crime” scenes in the film, where De Niro does a bit of union enforcement. After a brief conversation near a car, hinting at what’s about to go down, the scene expands to show him and several others pushing a line of taxicabs off a pier and into the water. It’s one of the better moments in the grand scheme of the film because Prieto is able to frame it properly, giving us the closeness with the characters needed to establish mood and motivation for the scene, and then giving us a slightly epic payoff for our emotional investment. 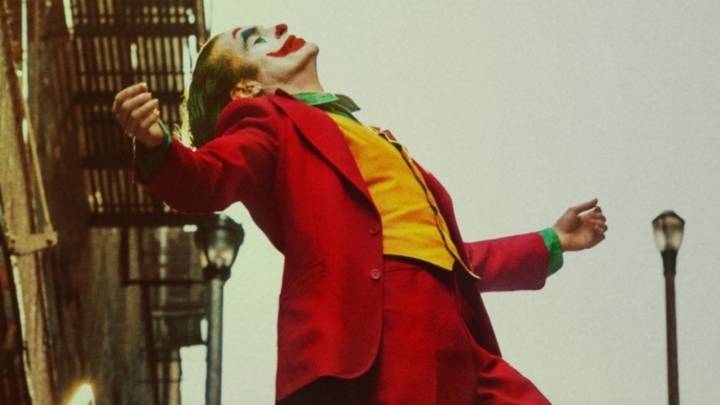 This is the first nomination for Sher, who has been working with Todd Phillips since the Hangover movies. While that trilogy is thematically way different than this picture, a lot of the camera tricks are the same.

Take, for example, the stairs that Arthur Fleck dances down in the film’s climax. It’s a super wide shot, and the stairs are dingy and damp. Arthur even kicks some water around from a puddle on one of the landings. And yet, the scene is bright and colorful, an almost paradoxical contradiction to the manic tone of the moment. The setting sun only adds to the brooding contrast.

Compare that to the Hangover trilogy. There is a litany of scenes that are presented the same way. The glitz and dazzling lights of Las Vegas are juxtaposed with its seedy underbelly. The bright, sunny waterways of Thailand are contrasted to a grimy ladyboy whorehouse. I could go on. The point is, Sher has this seemingly innate ability to combine light and dark, both from a thematic standpoint and also in the color palette, and in a film like Joker, it’s a perfect match. 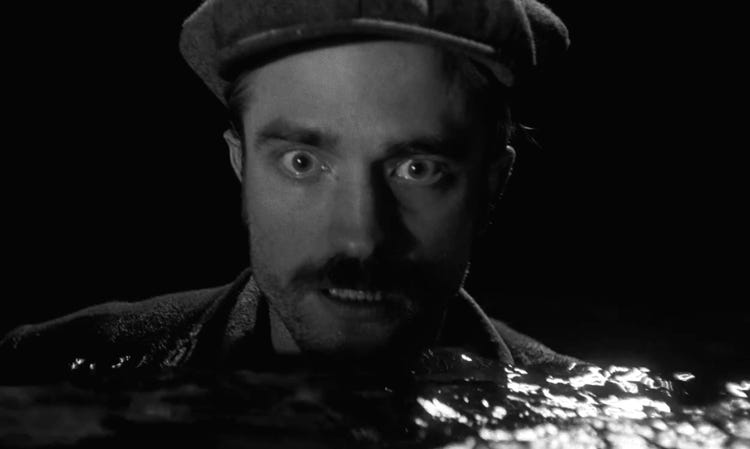 It upsets me that this is the only nomination for this film, because both Robert Pattinson and Willem Dafoe probably deserved acting nods. Still, failing that, I’m happy that Jarin Blaschke at least got his due, because to me this is the best camera work in all of 2019.

A lot of The Lighthouse could almost function as a stage play. The locations are fairly centralized, to the point that the whole show could be done in the theatre using minimalist sets. But on film, the tiny, cramped quarters of a lighthouse on a remote spit of land provides its own degree of discomfort, bordering on cabin fever.

It’s in those moments where Blaschke really shines. Shot in black and white, and with a 4:3 aspect ratio, the two leads are literally boxed in throughout the film. As tensions rise, so too does the paranoia, and their small shared universe quickly becomes a claustrophobic nightmare. Blaschke is able to exploit that with gusto, framing just about every scene, every conflict between the two actors as an existential threat, whether it’s something as innocuous as Dafoe wafting a fart in Pattinson’s direction or some passive-aggressive taunting during dinner, or something much more sinister like Pattinson finally taking out his pent up rage on the seagull that had been tormenting him throughout the first half of the film. No matter what the circumstance, Blaschke is able to position the camera just right and tighten the shots just enough to make every single motion feel as if it has a dark, twisted motive to it, and I loved every second of it.

I mean, for the love of God this man took a scene where Pattinson and Dafoe just go back and forth saying, “What?” to each other, and he made it seem like a prelude to all-out war. How can you not nominate something this good?

I mean, what can I say? Five years ago Emmanuel Lubezki won an Oscar for employing the one-shot technique in Best Picture winner Birdman, and now, you have arguably the best cinematographer in film history – one who FINALLY got his due from the Academy two years ago – doing the same thing in this year’s presumed Best Picture front-runner? You’ve got to think it’s his to lose, right?

This is a great film, although it is flawed, particularly when it comes to the editing and creating continuity with all these long tracking shots. But that’s not on Deakins. His job is to give the movie its epic scale by using the one-shot gimmick to its full potential. And while I think Birdman did it better because it was a much more intimate setting, you can’t deny that Deakins gives it his all. The tracking, the zooms, the pans at just the right moment to establish the sheer scale of Blake and Schofield against the environment they have to traverse, it’s all done about as perfectly as one can.

I think what sets this apart from Birdman, though, is the lighting. This entire story takes place over a single day, really just over 12 hours. And while the film eventually transitions from afternoon to evening and morning, there’s a different lighting scheme for each major scene. A bright afternoon changes to a barely lit officer’s room in a bunker, which then goes to a cloudy, murky scene in No Man’s Land, then to a nearly pitch black enemy bunker lit only by flickering orange light bulbs, then back to bright exterior, and that’s all before we even hit the halfway point. The few true cuts the film has speeds up the timeline so that we’re not literally spending hours on end on this journey, but the constant progression from light to dark to light again gives the audience an enhanced feeling of the passage of time, and that’s to be lauded surely.

Once Upon a Time… In Hollywood – Robert Richardson

Robertson is one of only three people (along with Vittorio Storaro and the aforementioned Emmanuel Lubezki) to win this award three times, most recently for Hugo. He’s worked on every Quentin Tarantino film since Kill Bill – excepting Death Proof, which QT shot himself – and he’s got the rhythms of the master down to a science. Whether it’s a sweeping landscape, a crisply-framed conversation in a car, or increasingly creepy shots of feet, Richardson has got all this down pat.

So for me, the best parts of the camera work are when he departs from the usual Tarantino patterns. As I mentioned back when I covered Sound Mixing, the end credits scene where Leonardo DiCaprio’s Rick Dalton shoots a commercial for Red Apple cigarettes (also a QT trademark) was a delightful diversion, particularly because of the way the fake ad is framed and shot from the ground up, a contrast to Tarantino’s usual style (outside of trunk shots, obviously). Similarly, when Dalton shoots his new TV pilot, the entire affair is framed differently than Tarantino usually films his movies. It’s a subtle touch, but an appreciated one.

Among the more conventional scenes, you absolutely have to love the way Richardson shoots the climactic showdown between Brad Pitt and the Manson family members who show up to the wrong house. The entire exercise in ultraviolence is a masterstroke of lighting design (from lamps to outright fire) and utility of space. I’m not saying it wouldn’t be a good scene in someone else’s hands. But Richardson makes it quintessentially Quentin.

Next up: The boys are back in town. It’s Best Actor!

Join the conversation in the comments below! Which bit of camera work did you like best? What are your thoughts on the one-shot format? Have you ever danced down some stairs? Let me know!