It’s appearing that the acting categories are going to be well sewn up long before Oscar Night arrives. The results from the Golden Globes and the Screen Actors Guild are identical, which means really, only the BAFTAs can create any real intrigue. That’s what happened last year with Best Actress, as Olivia Colman’s upset of Glenn Close was only made possible by her winning across the pond.

This year, the acting categories have had disparate nominees in different ceremonies, but so far, all the same winners. That leaves me torn on a category like Best Actor. As far as I’m concerned, some truly great performances from Taron Egerton, Adam Sandler, and Eddie Murphy were cast aside in favor of the slate we have. And in Egerton’s case, it seems almost deliberate to prevent any competition for the presumed victor, as Egerton won the Golden Globe on the Comedy side of this category. But at the same time, if they have no chance of winning, why even bother dragging them out to the ceremony?

So while the result is hardly in doubt, we still need to take a look at this field and make our comparisons. Because while this is certainly not the slate I would have chosen, this is still, overall, a good group. And when you take the field as a whole, they all kind of have a lot in common from a character standpoint. Each of the five nominees plays a character at some significant crossroad of their lives, and given that, it might explain the Acting Branch’s motivations for nominating these specific five, and explain the almost foregone conclusion for the Academy’s vote writ large.

This year’s nominees for Best Actor are: 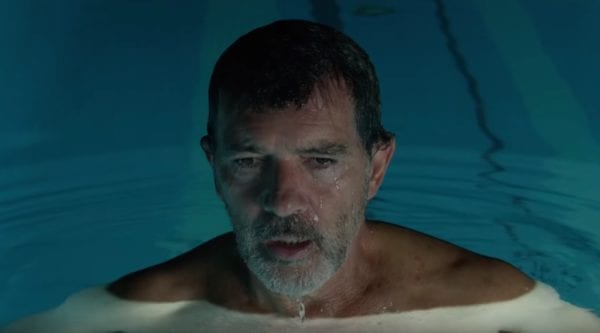 Starring as Salvador Mallo, Banderas is essentially a stand-in for the film’s director, Pedro Almodóvar. It’s appropriate, as Pain and Glory is semi-autobiographical, and Almodóvar has basically groomed Banderas into the actor he is today. If there was ever someone worthy of the trust to play him, Almodóvar chose correctly.

As Mallo, Banderas is at a transition point of his career as a filmmaker. Essentially struck with writer’s block, Mallo hasn’t put out a new film in years and has no motivation to do anything. However, a re-release of one of his earlier movies instigates a series of events that leads to many fateful reunions. Each one forces him to take stock of his life, including how he came to terms with his sexuality, which then inspires him to explore new artistic territory. Throughout the proceedings, Banderas is passionate, but poised, eschewing the “emotional” type of performance that Almodóvar doesn’t like, as he finds it “too American.” And while Banderas is at times stoic, we still feel the weight of his regrets.

Leonardo DiCaprio – Once Upon a Time… In Hollywood 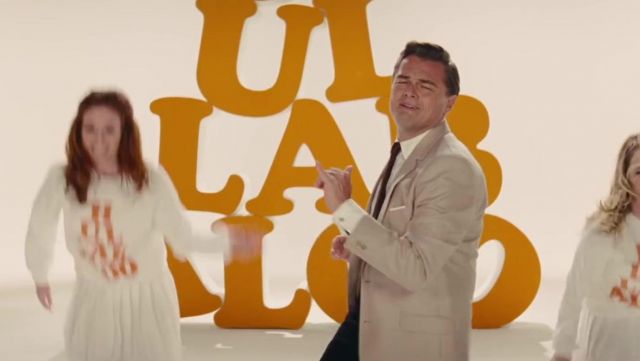 As Rick Dalton, DiCaprio is a wistful example of bygone eras. An old time leading man through the 1950s, the 60s saw his star fade, to the point where most of his TV work is as a guest star, playing a villain who gets his comeuppance by the end of the hour. He resists taking roles in “Spaghetti Westerns,” as he feels they’re too cheesy. In many ways, Dalton is the embodiment of Aaron Eckhardt’s famous line from The Dark Knight: “You either die a hero, or live long enough to see yourself become the villain.” For Dalton, that’s literally the case, as his career has shifted from good guy roles to bad guy roles.

And yet, facing middle age and the twilight of his fame, DiCaprio carries Dalton with essential confidence needed to remain relevant. No better is this demonstrated than in filming his latest pilot, where he is now once again the big baddie. In the middle of tense negotiations for his young hostage, he improvises some inspired villain turns, capitalizing on every opportunity he gets to maybe, just maybe, get back on top. That eternally-springing hope even manifests at the end of the film, where after blow-torching his would-be assassin, he finally gets invited up to Roman Polanski’s house to hang out with Sharon Tate and make a new industry connection. 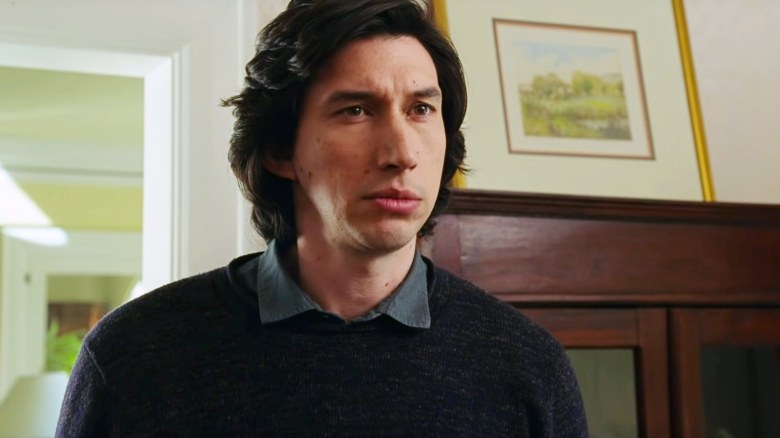 It’s about as hipster and #OscarsSoWhite as you can get to cast Adam Driver as a “successful” avant garde stage director in New York, but in the case for Marriage Story, it kind of makes perfect sense. As a director, Charlie is used to always being in charge. He’s not despotic or authoritarian, but he is used to being the boss.

As his divorce from Scarlett Johansson’s Nicole becomes more and more consuming, he loses more and more control of the situation, putting him in a position he’s clearly not comfortable in. He wants an amicable breakup with no lawyers, and agrees that Nicole can take basically anything from their apartment she wants. That’s more than reasonable. I think anyone would agree on that point. But when Nicole goes to Los Angeles to shoot a pilot, taking their son with her, suddenly he no longer has a say in how anything goes down. The lawyers take over, a custody battle ensues, he’s constantly on the defensive as things he was never prepared for take their toll. Eventually, it gets to the point where he’s a cornered animal, lashing out by hiring a more aggressive lawyer, punching a hole in his wall, and nearly killing himself by accident with his own pocket knife.

Through it all, Driver is able to maintain this lovely balance between vulnerable and assured. He’s the little dog in the “This is fine” comic strip made flesh. His entire world is falling apart around him, and yet he has to maintain a façade of confidence and composure, or else he’ll lose everything. When he finally has the cathartic moment of singing “Being Alive” with his theatre troupe at the end, it’s a sigh of relief felt by the entire audience.

It wouldn’t be unprecedented to get an Oscar for playing Gotham’s most notorious villain. Hell, I already cited The Dark Knight when analyzing DiCaprio. In a field where every nominated character is going through a major transition, Phoenix is the most visible of the lot.

Your enjoyment of Phoenix’s performance hinges almost entirely on how well you tolerate the laughter. Pretty much every other aspect of his turn as the Joker is masterful, from the mental torment to the physical emaciation he goes through. It really all boils down to how much you like his manic laughs. For me personally, I enjoyed it most of the time, mostly because he’s able to switch it up depending on the situation. Sometimes it’s maniacal, other times it’s tragic. Sometimes it’s jarring, other times it’s natural. I think I prefer it most when attention isn’t drawn to it; let the audience come over to his dark corner on their own. But for the most part, I was on board, and when his laughter finally turns into a form of release, Phoenix is pretty much at his best.

Of all the nominees, this is the one I don’t get. Don’t get me wrong, The Two Popes is an alright film. I was certainly entertained. But really, the entire movie is My Dinner with Andre, only the two leads are wearing cassocks. In a way, it’s a missed opportunity, as the transition from Benedict XVI to Francis was fascinating to watch as it happened, and I would have loved to see a more in-depth, factual representation of it than what Anthony McCarten dreamed up.

Jonathan Pryce is a fine actor. I absolutely loved him on Game of Thrones (you want to talk about a performance as a religious leader, let’s talk about that one). But in this film, apart from a few conversations about soccer, much of the intrigue in Pope Francis is reserved for the flashbacks of his past, not Pryce’s performance of Cardinal Bergoglio or Pope Francis as we know him now. Either the Acting Branch is really into dialogue-heavy exposition, or they needed someone to fill the fifth slot so that Egerton could get left out.

Next up: I will present the next category fully dressed. The judge was very clear on this point. It’s Costume Design!

Join the conversation in the comments below! Which performance did you like best? Who among the snubbed should have been nominated? Does Adam Driver’s situation make you want to go out and get a pre-nup even if you don’t have a girlfriend, much less a fiance? Let me know!